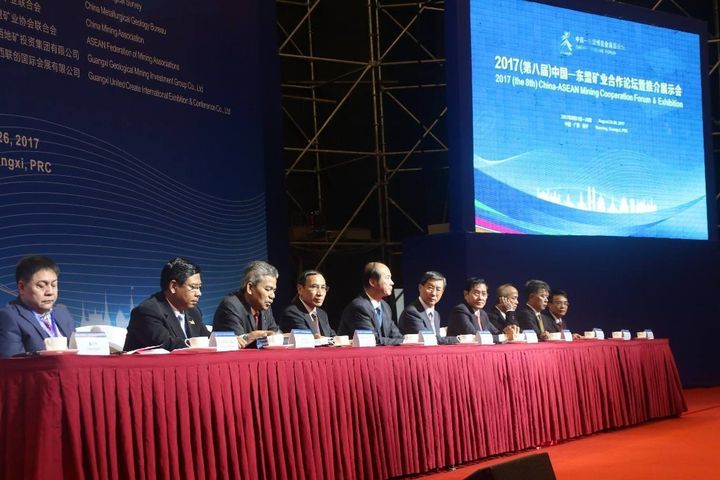 The 2017 (8th) China-ASEAN Mining Cooperation Forum & Exhibition held from Aug. 24 to 26 in Nanning in China's southwestern Guangxi Zhuang Autonomous Region attracted around 800 politicians and businessmen from both China and ASEAN countries, where they discussed the joint development of and cooperation in the mining industry.

Though endowed with rich lead and zinc resources, Vietnam is still hamstrung by an immature mineral smelting industry, with significant domestic demand for electrolytic lead and zinc. Vietnam lacks around a hundred thousand tons of lead annually, and must import 90,000 tons of electrolytic lead from China to meet its demand each year, said Zou Liqiang, the head of China-invested Bac Kạn Mineral Joint Stock Corp. [HNX:BKC].

His company has established the first zinc smelting factory in Lang Son province, and now plies businesses such as mining, smelting and electrolysis of lead and zinc in Bac Kạn province. Aside from their main products like electrolytic lead and zinc gold power that feed Vietnam's domestic market, the firm is also massively training local mid-and senior-level management talents for the mining industry, introducing China's advanced management ideas and mining technologies, Zou added.

Its parent company officially entered Indonesia in 2009, focusing on the development of the laterite-nickel ore project. This group next plans to build a smelting plant in Indonesia to make such products as ferro-nickel, other rare metals, and nickel hydroxide and cobalt hydroxide, said Zhao Zhou, the development director of the overseas business department of Hanking Industrial Group Co.

As a window of China open to ASEAN, Guangxi province has served as a bridgehead for the nation's mining cooperation with ASEAN countries. Guangxi has realized prominent achievements in recent years in cooperation with ASEAN in sectors such as mining investment, dissemination of technology, energy savings and emission reduction, comprehensive utilization of resources, and talent training, and this actively facilitates the access of Chinese enterprises and professional mining organizations to ASEAN in a clustered manner, said Lu Jingyu, the deputy director-general of Guangxi province's land resources bureau.

Thus far, 15 geological exploration units in Guangxi have embarked on the Going Global project, which covers a dozen mining areas, including those in ASEAN, per the statistics of the Guangxi provincial land resources bureau. Guangxi's sixth geological team has instituted cooperative projects with relevant departments and enterprises in ASEAN. Furthermore, the Guangxi Geological Survey has also done sequential preparatory work together with overseas enterprises in relevant mining areas in six countries, including Indonesia, Laos, Vietnam, and Burma.