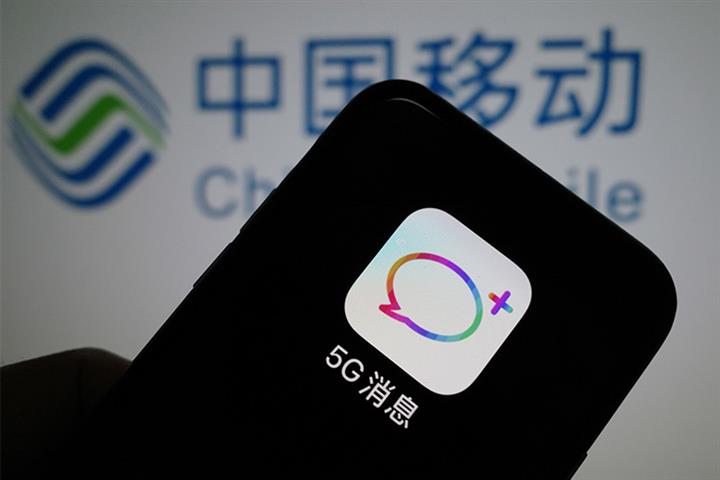 (Yicai Global) May 11 -- China Mobile, the country’s biggest carrier, yesterday released and then withdrew its first fifth-generation network messaging app, saying it was not the final commercial version intended for consumers.

5G Message is still in alpha testing and is temporarily unavailable on Apple’s App Store and some Android stores due to technical issues, the state-backed telecoms operator said, suggesting that it will be back online soon.

Its momentary release was mainly to allow developers to experience real message interaction services and improve the application development of intelligent chat robots, and preempt the name being registered maliciously, China Mobile said.

China’s three major state-owned carriers jointly released a 5G message white paper last month, according to which fully functional 5G messaging apps will become the native support feature for Android phones, without users having to download them separately. The carriers are in talks with Apple about the model for iOS phones.

China Mobile developed the app based on the international Rich Communication Services & Suite standard. The London-based Global System for Mobile Communications Association proposed the RCS communication method in 2008, and is pushing for it to become a mandatory feature for 5G-enabled devices.