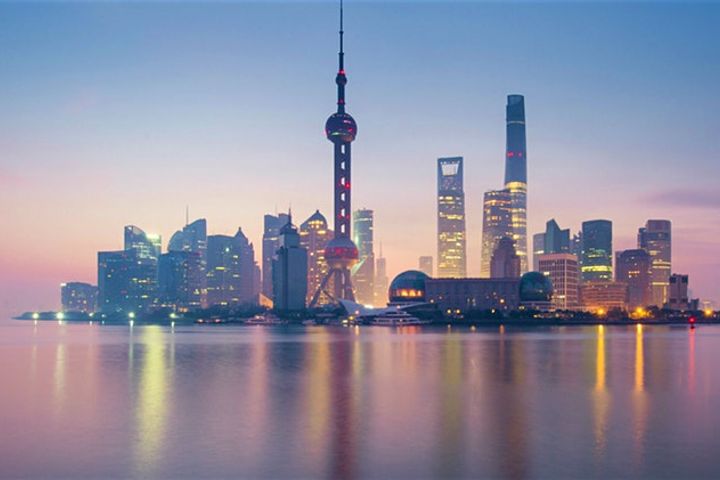 Will the miraculous growth be sustainable in future? All Chinese people are eager to find the answers to these questions, especially after the economic slowdown in recent years. I am an urban development and macroeconomic researcher, not a prophet, so all I can do is to expound the reasons for the rapid development and inflection points in the Chinese economy during the past four decades from a purely objective perspective.

The simplest economic development roadmap shows China's economic growth has been on a downward trajectory after reaching a peak in 2007 before the global financial crisis.

The economic downturn since the crisis suggests that the old development model is unsustainable, and the country must foster new growth drivers.

Based on a comprehensive study of past achievements and future trends, China's economic growth has been propelled, briefly, by industrialization and later by urbanization.

The transition from industrialization toward urbanization, as the main growth drivers, does make sense in both historical and practical terms. The urbanization rate is still at a low level, and the total population of major Chinese cities as a proportion of the national population has stayed small, meaning plenty of room remains for urbanization as well as economic development. Continuous urbanization will create the momentum for growth.

Rapid industrialization has fueled the economic miracle since the introduction of nationwide economic reforms. After 40 years of explosive development, China has become the second-largest economy and the largest trade market in the world and the globe's manufacturing base. Manufacturing technology has advanced considerably. The country has achieved an intermediate level of industrialization and is ready to move on to the next level of advanced industrialization. Given the existing industrial infrastructure and economic 'hardware' and 'software' in China, the nation is well-equipped and can become a major global economic power by seizing the historic opportunities presented by industrial transformation, intelligent manufacturing, artificial intelligence and the digital economy.

The industrialization to urbanization development path is, to a certain extent, unique to the Chinese economy, and can be justified by historic reasons. In most developed economies, by contrast, industrialization and urbanizations were parallel processes without any chronological gaps. China's special development path is the product of a combination of historical and pragmatic factors.

Industrialization and urbanization are mutually reinforcing. By acquiring advanced technology and integrating into mature markets in developed nations, developing countries can gather resources, a labor force and capital more efficiently, allowing them to achieve industrialization within a relative short space of time. The success of the 'Four Asian Tigers' and China fully attests to this point.

2. Urbanization has replaced industrialization as the main growth driver.

From 2013 onward, urbanization gradually replaced industrialization as the most important economic growth driver, symbolized by the 'three over-takings,' housing price polarization and the dominance of the service sector.

Property price polarization. In the past, housing prices used to move in lockstep across cities of different sizes. However, starting in 2013, that situation has changed, and the extent of housing price rises increasingly correlates with city size. In other words, the most significant price increases typically occur in big cities, and price rises in mid-sized cities are relatively small, whereas property prices have basically flattened in small cities. This trend accords with population movement. From 2013 onward, millions of people have moved to the major cities at an accelerating pace despite strict population control policies, and population growth in small- and mid-sized cities decelerated accordingly.

Dominance of the service sector

Services have overtaken the industrial sector as the dominant player in the national economy. In 2013, tertiary and secondary industry respectively accounted for 46.7 percent and 44 percent of the national economic aggregate, making the service industry the major contributor to economic growth for the first time in history, thus ushering in a new era characterized by the dominance of the service industry.

These changes are a product of economic development and represent the future of the economy. Gross domestic product (GDP) per capita in China -- the world's second largest economy -- has reached USD8,100, meaning that rapid industrialization has already ended, and urbanization has taken its place as the primary growth engine.

3. Over-industrialization vs. low urbanization is the most salient characteristic of the Chinese economy.

This phenomenon results from historic and practical reasons. On the one hand, China is already highly industrialized. It integrated into the global market and achieved rapid industrialization by developing private enterprises, attracting foreign investors and joining the World Trade Organization, and by combining technology and financial resources with cost-effective domestic labor. Industrial development can be replicated, so the development speed is relatively faster. By contrast, the complexity of urban development dictates that urbanization cannot be achieved by copying existing models, which explains the slow progress in urbanization relative to industrialization. Furthermore, the 'urban-rural duality' in China has remained an obstacle to population movement from rural areas to cities.

4. China must devise a more affordable and sustainable urbanization strategy to make its cities more 'resident-friendly' through inclusive development.

As the central government noted in a report to the 19th National People's Congress, the development of a socialist society with Chinese characteristics has entered a new phase, and "the principal conflict in China is the contradiction between unbalanced and inadequate development and the people's ever-growing needs for a better life."

Achieving high quality and sustainable economic growth is the only way to improve the public's living standard and meet the people's ever-growing needs for a better life. To this end, China must develop a more cost-effective and sustainable urbanization strategy, and make its cities resident-friendly through inclusive growth.

It should acquire a clear understanding of the cost-profit dialectic in urban development. Construction is more expensive in major cities, but urban development is more sustainable in these cities because they have larger populations and economic resources to share the costs. Public facilities are more cost effective, considering the huge number of people that they benefit. Despite relatively low construction costs, facilities built in small cities are more expensive and unsustainable due to slow population growth, the limited size of population coverage and smaller economic flow.

Developing major cities and city clusters, and enhancing the overall urban development efficiency and sustainability must lie at the core of the affordable and sustainable urbanization strategy. The government must understand that developing small cities and towns is more expensive and unsustainable overall, despite the superficial cost effectiveness at the initial stage.

China must further improve infrastructure investment in major cities, enhance the standard of urban management, and increase the cities' carrying capacity. Instead of curbing population flow for fear that population growth may outstrip infrastructure development and local governments' capabilities, the nation must promote urbanization and lift migration restrictions in cities (except those that have special local conditions) as soon as possible, thereby easing workers migration from rural areas to integrate into cities. Migrant workers are a critical force driving urban development. The government should introduce a basic public service coverage mechanism that treats everyone equally regardless of origin or 'household registration' status. In this way, China will be able to tackle fiscal pressure more effectively using the extra economic output the migrant population generates. It will also allow us to fill the public service gap population flow creates.

(The author is a professor at the National School of Development, Peking University)