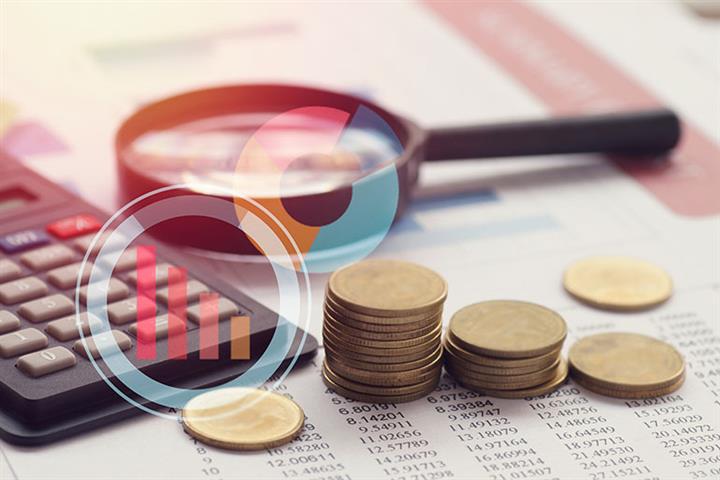 (Yicai Global) Nov. 26 -- November has been a turbulent month for China’s corporate bonds. Three high-profile defaults have roiled the market which, at USD4.2 trillion, is the world’s second largest. Bond prices have fallen as investors re-assess risks and the market wonders just how bad things can get.

In the midst of China’s bond market panic, it is important to note that default rates are not particularly high. Figure 1 shows that defaults on Chinese corporate bonds have, indeed, risen sharply since 2017.  However, in recent years, the amount of defaulted corporate bonds is only 0.5 percent of the amount outstanding. This is about one-third the rate seen in the US. 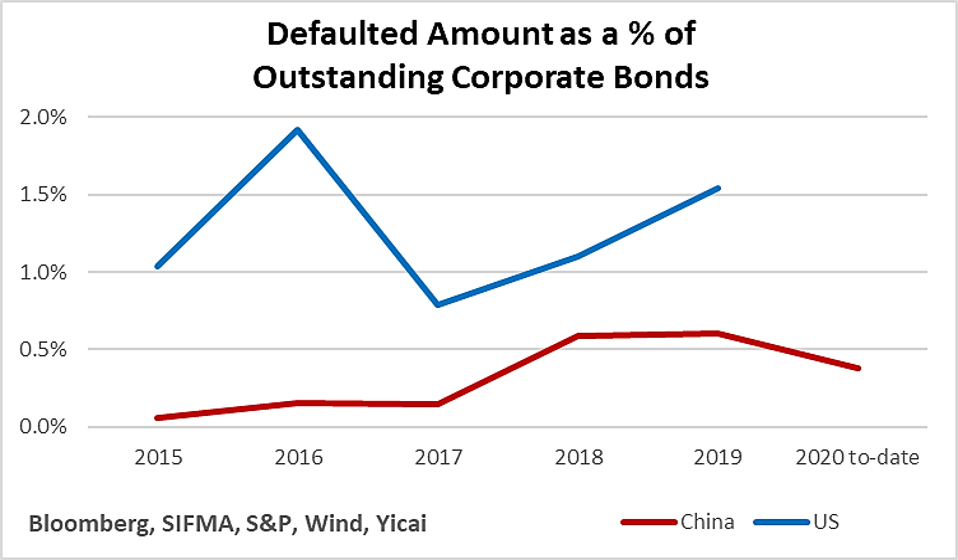 If this year’s default rate is neither particularly high historically nor internationally, why is the market so concerned?

It is perhaps significant that the coal miner, the integrated circuit maker and the car manufacturer which defaulted this month are all state-owned companies (SOEs). In previous years, private companies have accounted for close to four-fifths of China’s corporate bond defaults. There were only 5 SOE defaults, on average. So far this year, 10 SOEs have defaulted and they have accounted for more than half the amount of defaulted debt.

Chinese credit markets have typically operated on the tacit assumption that SOEs, which can benefit from government support, are better credit risks than private companies. This assumption creates “moral hazard”. On the creditor side, funds are lent on the expectation of a government rescue should the issuer’s fortunes sour. On the firm’s side, excessively risky projects may be undertaken, if it is assumed that the government will not let the firm fail. Moral hazard undermines the efficiency of Chinese financial markets. Its reduction should be seen as a welcome development, even if it is painful for some investors in the short run.

Why is moral hazard being addressed now?

It is likely a sign that policymakers believe that the recovery is on track and the economy is strong enough to withstand financial stress. Indeed, with its employment objective being met, the government is returning to its pre-COVID policy of containing financial risks by increasing bond market efficiency and reining in excessive investment.

These defaults could also be evidence of local governments lack of the resources needed to keep loss-making firms afloat. State-owned asset managers do appear to be scrambling. Yongcheng Coal’s default was, in part, induced by the transfer of its cash holdings to its parent, Henan Energy.  Similarly, a month before its default, Huachen Automotive Group transferred its stake in Brilliance China Automotive Holdings to a subsidiary, to keep this valuable asset out of its creditors’ hands.

The actions of state-owned asset managers have not escaped the attention of the State Council’s Financial Stability and Development Committee. In its November 21 meeting, which was chaired by Vice Premier Liu He, the Committee noted the need to protect bond market investors from fraud, malicious asset transfers and the misappropriation of funds. Moreover, it expressly called for the prevention of moral hazard (道德风险). In the near term, we may see more SOEs default on their bonds. We should take this as a sign that the Committee’s instructions are being followed.

Policy makers have long sought to increase the role of China’s capital markets. Expanding the bond market could broaden borrowers’ access to finance as well as provide investors with a deeper pool of fixed income assets. Credit assessment in well-functioning bond markets depends critically on transparent information that is available on a timely basis. Credit rating agencies have a key role to play here.

It is important to note that both Huachen Automotive and Yongcheng Coal were rated AAA just prior to their defaults. Elsewhere, AAA credits do not default.

Figure 2 presents the experience of the global bonds rated by S&P between 1981 and 2019. It shows that bonds rated AAA never defaulted in the year they obtained that rating. Moreover, the default rate of firms that had been rated AAA 15 years earlier was only 1 percent. In comparison, 3 percent of the firms rated B defaulted in the year they obtained the rating and 15 percent defaulted over the next 15 years. 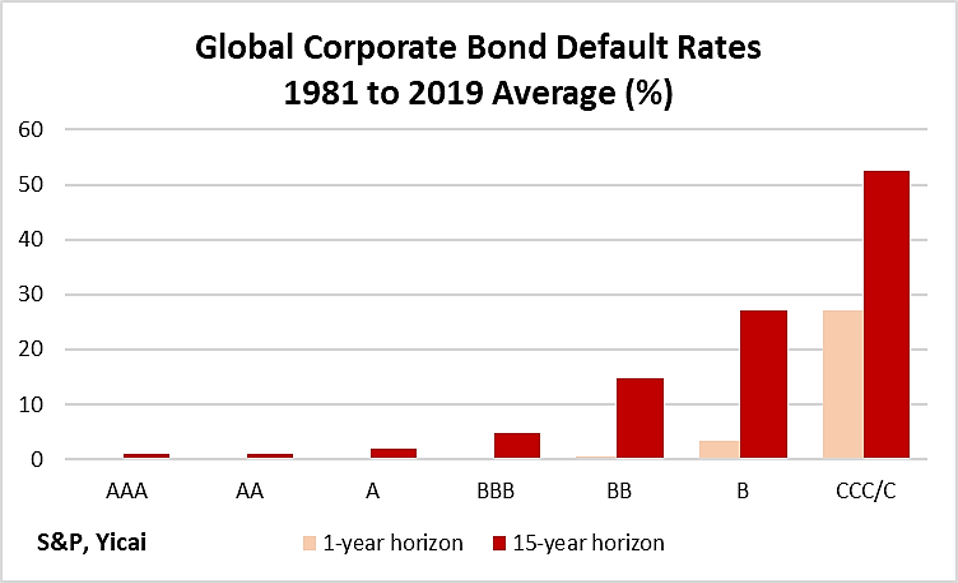 China has nine domestic firms which are licenced to provide credit ratings in the onshore bond market. In addition, foreign rating agencies have established wholly-owned subsidiaries that have been allowed to rate onshore bonds.

Clearly, a domestic AAA rating does not mean the same as one obtained from the international agencies. For example, as end-July 2019, there were 109 Chinese issuers which were rated AAA by the domestic rating agencies. Fitch did not rate any of them AAA or even AA. It classified 57 of them as ‘A’ and 41 as ‘BBB’. In fact, Fitch was unable to give the remaining 11 AAA issuers investment grade ratings.

There appear to be three takeaways from this month’s bond market turmoil. First, the sky is not falling and default rates remain low. Second, policymakers feel secure enough in the macroeconomic situation to address the moral hazard associated with lending to SOEs. That may mean more SOE defaults in the future but that’s a price worth paying to increase the efficiency of the bond market. Third, it is imperative that the ratings on Chinese bonds meaningfully reflect firms’ financial risks.