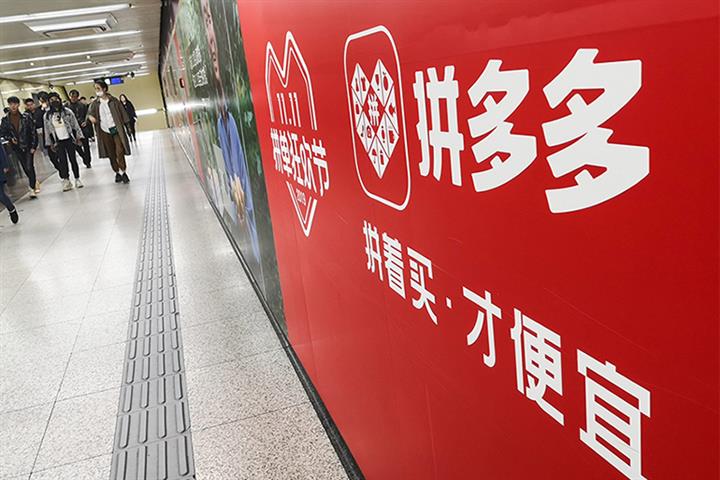 (Yicai Global) April 29 -- Pinduoduo reported 18 criminal cases to the authorities since the start of the year, with 28 people detained by police, a news outlet under the People’s Daily reported today, citing a statement from the Chinese e-commerce platform. Of the 28, three staffers were arrested, while the company fired six others.

In China, public security organs can take three other measures in addition to detention and arrest. First, criminal suspects and defendants who have not been detained or arrested can be questioned at designated locations. Second, they must provide a guarantor or pay bail to ensure they don’t evade or obstruct the investigation, prosecution or trial. And third, the suspects are put under home surveillance.

The head of the Pinduoduo’s integrity and legal affairs division, whose name was not revealed, said that the company has always adopted a zero-tolerance attitude toward employees involved in commercial bribery.

Sellers and suppliers who bribe or try to bribe its staff, as well as platform businesses that collude with criminal gangs to make counterfeit and substandard products, or are involved in overseas gambling and money laundering, or other illegal acts will be kicked off the platform, the official added.

Pinduoduo called on China’s major internet platforms to set up an anti-commercial bribery alliance to share databases of former employees and suppliers suspected of law-breaking to maintain an honest society, as advocated by the government.

Another Chinese internet firm Meituan Dianping said yesterday that it has dealt with 12 criminal cases since January, with 33 people handed over to the authorities.

China’s internet companies have been pushing ahead with anti-corruption efforts in recent years amid the failure of corporate governance and internal staff building to keep up with their rapid expansion. In January to July last year, eight firms reported more than 110 cases involving over 220 people, the Southern Metropolis Daily reported. Both figures were more than 11 times those of 2015.