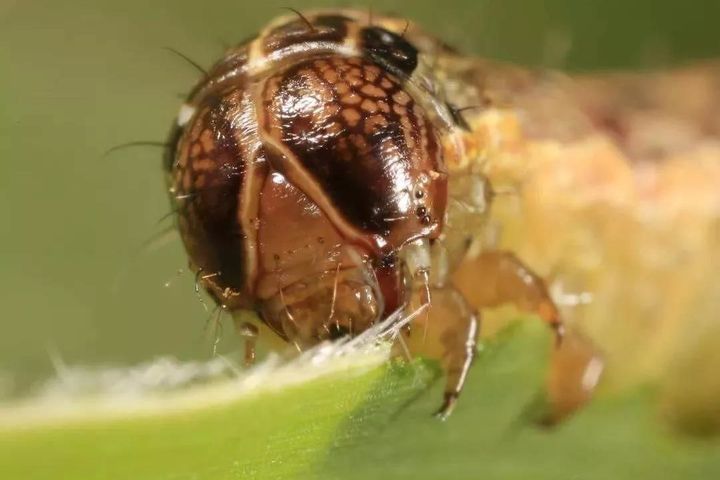 (Yicai Global) June 4 -- China's agriculture ministry has identified 25 pesticides for emergency use to control the rapid spread of the fall armyworm, a major crop-eating pest, which crossed the border into Yunnan and Guangxi provinces from Southeast Asia in January.

The ministry has also instructed local authorities to recommend use of the pesticides, which include Indoxacarb and Chlorantraniliprole, to farmers, it said in an emergency statement posted on its website today.

The list of insecticides was drawn up on the advice of experts since conventional registered pesticides against the pest are not yet available in China, the ministry said. It also tentatively set a deadline for use of Dec. 31 next year, based on the growth cycle of the fall armyworm and the actual need for prevention and control.

The United Nation's Food and Agricultural Organization has issued a global early warning over the fall armyworm, a major cross-border migratory insect that mainly harms crops such as corn, sugar cane and sorghum. It has already spread to nearly 100 countries and regions. Since entering China, the pest has been spotted in 18 provinces and cities, threatening farming and grain production.

Experts recommend continuous monitoring to identify whether the pest could evolve into an African swine fever-like epidemic and significantly impact the farm produce sector.