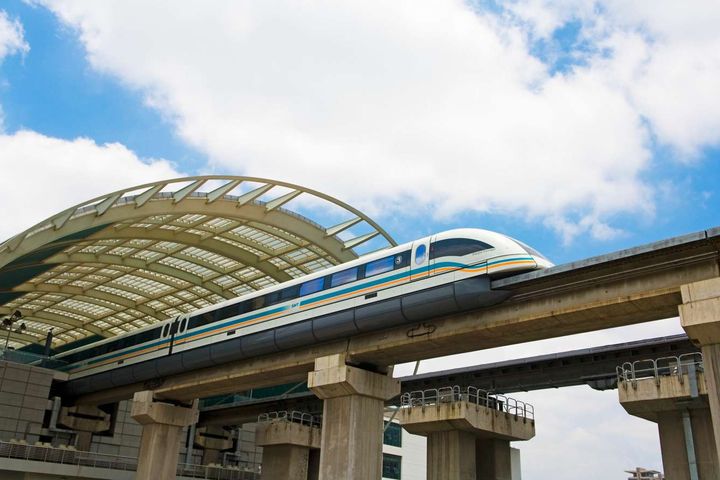 (Yicai Global) June 21 -- Several areas of China are actively promoting magnetic levitation railway transport projects, and, of these, the Guangdong Qingyuan project has good prospects of finishing construction and entering into service by October next year.

Over and above mid and low-speed projects like it, Guangdong and Hainan provinces are also mulling the construction of technologically-challenging and capital-intensive high-speed maglev lines.

Governments everywhere in China are intensely interested in planning construction of maglev projects, said Hong Wei, an executive with Wuhan, Hubei province-based China Railway Maglev Transportation Investment & Construction, which is China's first specialty maglev project construction operator, adding that some local authorities are so far advanced in their preparations that they only have to pen corresponding agreements to start breaking ground, The Paper reported.

Hong declined to provide names of project owners or identify which provinces they are in, however.

The first mid and low-speed project, CRMT has undertaken is the Guangdong Qingyuan tourism train, which will have a length of 38.6 kilometers within the city of Qingyuan, and which will facilitate transport of tourists to a local tourist resort, public information shows.

Construction of the line is progressing smoothly, said Mou Hanlin, its overall project design leader, and work on the support columns is almost 80 percent complete, and that on the guideway spans is 60 percent finished.

The tempo of trains with and low-speed projects is under 160 kilometers per hour, and they are mainly used in transit to scenic spots and in urban transport whose traffic lines have many stations separated by short distances.

In addition to these mid and low-speed lines, China's southern Guangdong and Hainan provinces are also considering building high-speed rails to traverse longer distances at speeds of about 600 km/h. The China Academy of Engineering is conducting a feasibility study for the construction of a Guangzhou-Shenzhen- Hon Kong high-speed maglev, said Prof. He Huawu, the academy's vice president, adding it has already identified four potential routes.

The local branch of China's National Development and Reform Commission in the country's southernmost province, the island of Hainan, announced this week it is conducting its own feasibility study for a maglev line that runs north-to-south, bisecting the island from the provincial capital of Haikou to the resort city of Sanya, and has also selected two potential routes, one of which applies high-speed maglev technology.