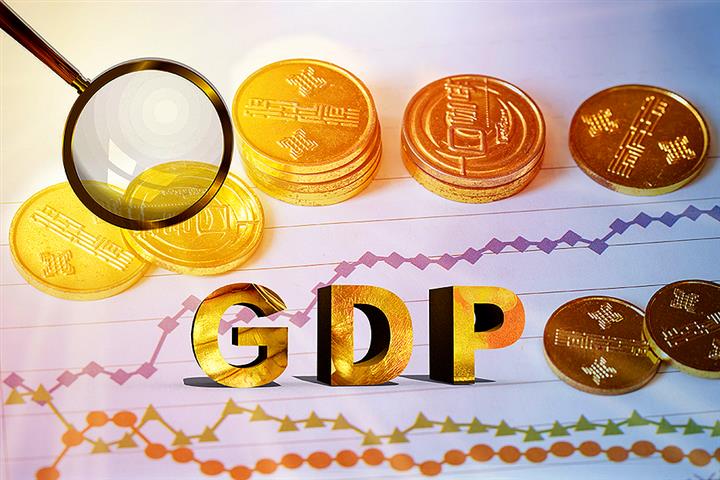 (Yicai Global) April 22 -- China’s tax revenue fell 16.4 percent in the first quarter from a year earlier largely because of generous tax cuts last year and the economic slump brought on by the coronavirus epidemic this year, according to financial experts.

The drop in the government’s tax take surpassed the quarter’s 6.8 percent economic contraction and was primarily due to an easing of the tax burden, Shi Zhengwen, director of the Center for Research in Fiscal and Tax Law at the China University of Political Science and Law, told Yicai Global.

Last year, China slashed taxes by CNY2 trillion (USD282 billion), the bulk of which was value-added tax, to stimulate an already slowing economy. VAT intake, the country’s primary source of tax revenue, dropped 23.6 percent year on year to CNY1.5 trillion in the first three months of 2020, according to data the finance ministry released on April 20.

China’s fiscal revenue will remain on a downward trajectory in the second quarter, Liu Jinyun, director at the Treasury Payment Center in the Ministry of Finance, said at the press conference. However, the rate of decline is expected to slow as production gets back on track, he added.

The erosion in the government’s income also reflects its continuous attempts to give financial assistance to companies and other market entities to help them get through the Covid-19 epidemic, said Wang Zhenyu, head of Liaoning University’s Research Institute of Local Finances.

China waived or postponed around CNY402.7 billion (USD56.9 billion) worth of taxes in January and February, said Wang Daoshu, auditor-general of the State Administration of Taxation. This contributed greatly to the first-quarter drop in revenue.

Fiscal stimulus policies included granting tax discounts to manufacturers of key materials and products used in the prevention and control of Covid-19, easing the tax burden on companies whose operations were badly hit by the epidemic, offering tax discounts on donations from non-governmental organizations and providing preferential policies to individual merchants as well as micro and small firms.

The authorities need to speed up their review of tax-relief applications by businesses impacted by the disease, especially micro and small firms, to ease the pressure on their cashflow, the SAT said earlier this year. But such payment extensions are only available for a maximum of three months.