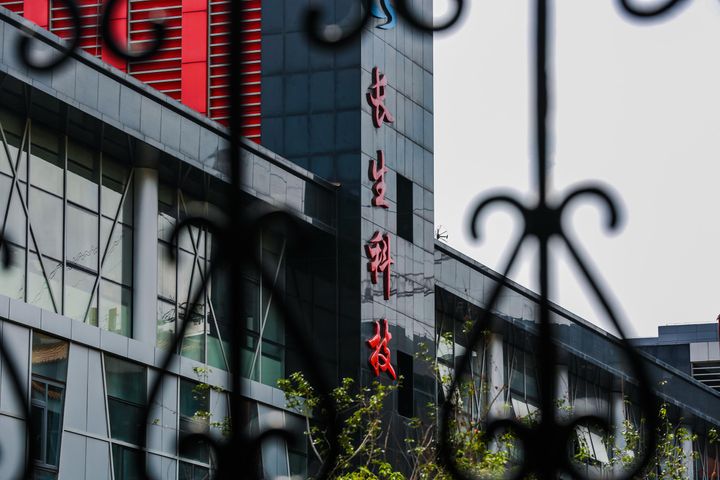 (Yicai Global) June 20 -- The creditors of Changchun Changsheng Life Sciences, a firm implicated in falsifying rabies vaccine data and other misdeeds, have petitioned a court to tip it into bankruptcy liquidation.

The company is insolvent, the petitioners claim, and unable to repay its debts as these fall due, its parent Changsheng Biotechnology said in a statement yesterday.

The local court in China's northeastern Jilin province where the unit is based ordered it to forfeit illicit gains of about CNY1.9 billion (USD274 million) on June 17 and slapped it with a CNY7.2 billion penalty -- treble the value of the affected goods -- over its illegal production and sales of human-use freeze-dried rabies vaccines.

Changsheng Life Sciences' violations came to light on July 15. The subsidiary flouted Good Manufacturing Practice of Medical Products norms and applicable national standards for drugs in its production of rabies vaccines, starting in April 2014, the investigation found. It also mixed expired stock solution with some batches, labeled these with false dates and batch numbers, and even changed the production dates on some lots to more recent ones.

The Shenzhen Stock Exchange started a compulsory delisting mechanism against the parent Changsheng Biotechnology on Nov. 16, and China Securities Regulatory Commission instituted lifelong bans on Changchun Changsheng Life Sciences' chairwoman Gao Junfang and other executives from transactions in the pharmaceutical market in December.

Changsheng Biotechnology [SHE:002680] also set a record of 32 continuous 10 percent daily limit-downs in the stock market after these practices transpired, falling to CNY1.5 per share from CNY24.6 (USD3.6) last year. The Shenzhen bourse issued a notice on March 13 of suspension of its listing from March 15 this year.