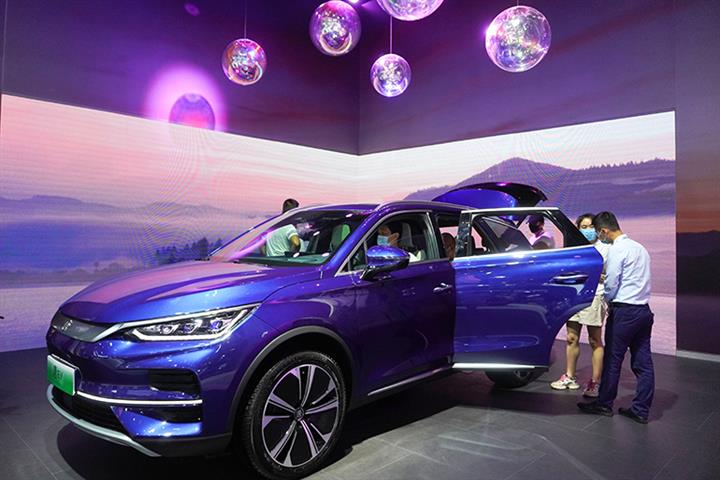 (Yicai Global) July 22 -- Retail sales of passenger cars in China, including sedans, multi-purpose vehicles, and sport utility vehicles, may jump 17.8 percent from a year earlier to 1.77 million this month, according to the China Passenger Car Association.

Retail sales of new energy vehicles will likely surge 102.5 percent to 450,000 in July, the CPCA said in a statement today, accounting for about a quarter of all sales.

With Covid-19 generally under control again in China, car production and supply chains have been operating normally, with supply picking up, the industry group said.

Local governments have extended car purchase grants that were scheduled to finish at the end of June or brought out a second round of subsidies, the CPCA said, adding that that continues to reinforce support for the auto market.

The utilization rate of NEV production capacity has recovered rapidly, and NEV makers such as Nio, Tesla and GAC Aion have further increased their output capacity, the CPCA noted.

In addition to better supply, consumer openness to buying NEVs is also gradually increasing, the association said, predicting that the NEV market will continue to grow before subsidies are withdrawn before the end of this year.

But June’s actual data eclipsed the forecasts for July. Last month, retail sales of passenger cars hit 1.94 million, a gain of 22.7 percent from a year ago and 43.5 percent on the previous month. This June’s growth rate was the highest for the same period over the past six years.

The CPCA noted that due to the rapid release of pent-up consumer demand last month, overall support for the auto market after the government halved purchase tax on autos this month was moderately weaker than it was in June.

Buyers focused on medium or high-end vehicles as an additional buy or for exchanging their old models will become the main force boosting the car market, it said.