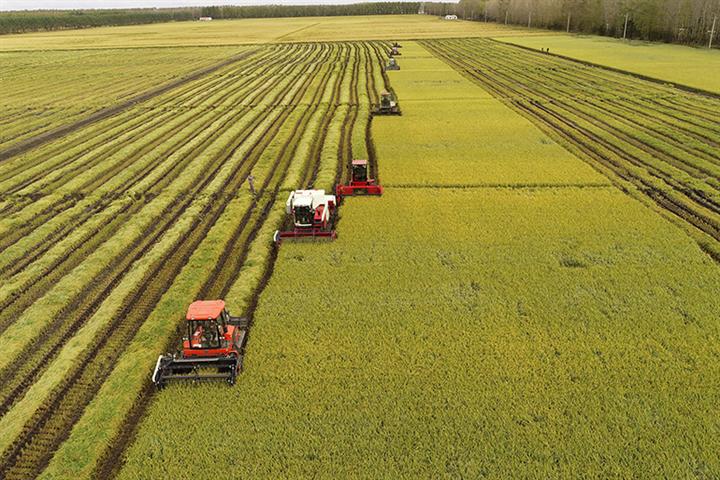 (Yicai Global) April 20 -- China will set aside enough arable land and increase investment by one third to guarantee a grain harvest of at least 650 million tons this year, an official from the Ministry of Agriculture and Rural Affairs said today.

The crop planting area must reach at least 116.6 million hectares and the acreage of corn fields should increase by 666,000 hectares, said Liu Lihua, deputy director of the MOA’s plantation management department, adding that the area is a binding indicator.

The central government will also hike spending on grain production by a third to CNY24 billion (USD3.7 billion) from last year, the largest amount in recent years, Liu said.

The meteorological forecast for this year, though, is not good, Liu said. There are likely to be droughts, floods, extreme cold or hot weather, as well as diseases and pests. The MOA has prepared contingency measures to prevent and mitigate natural disasters and to guide local agencies to use scientific means to combat catastrophes so as to reduce losses.

The agricultural and rural economy performed well in the first quarter, with an added value of CNY1.1 trillion (USD169 billion), up 8.1 percent year on year, Liu said. The per capita disposable income of rural residents reached CNY5,398 (USD831), an actual increase of 16.3 percent after deducting price factors, 4 points higher than that of urban residents.