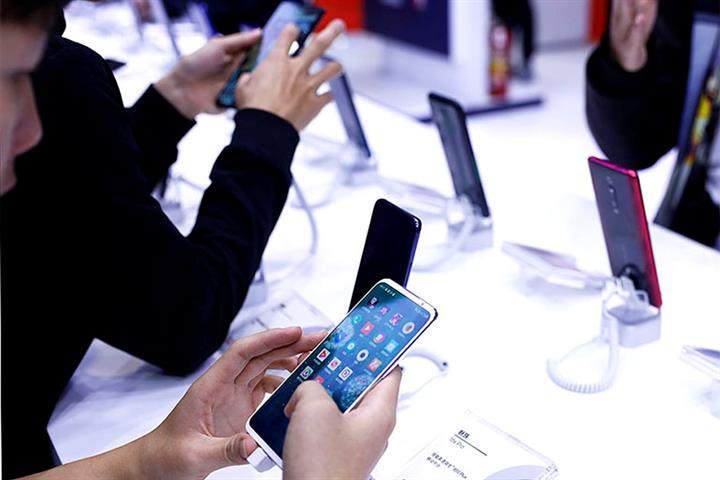 (Yicai Global) Jan. 20 -- China’s mobile phone sales plunged 19 percent last year from the year before to fall below 300 million units for the first time since 2015, according to the latest data.

Some 255 million handsets changed hands in 2022, the first time that sales were under 300 million units in the last eight years, according to a report by Chinese flat panel display and semiconductor research firm CINNO Research.

Eighty-four percent of the cell phones sold last year had fifth-generation mobile network capabilities, a gain of 6 percentage points from the previous year, and the penetration rate is expected to reach 96 percent next year, making 5G phones the phones of the future, the report said.

Foldable mobile phones did very well, with sales defying the downward trend to soar almost two-and-a-half-fold year on year, the report said.  And the proportion of smartphones with organic light-emitting diode screens jumped 57 percent. There is a prominent trend towards larger screens and screens with a fast refresh rate, it added.

The fallout from the Covid-19 pandemic is expected to continue to affect demand in the first half, but things should get better in the second half, Shanghai-based CINNO said.