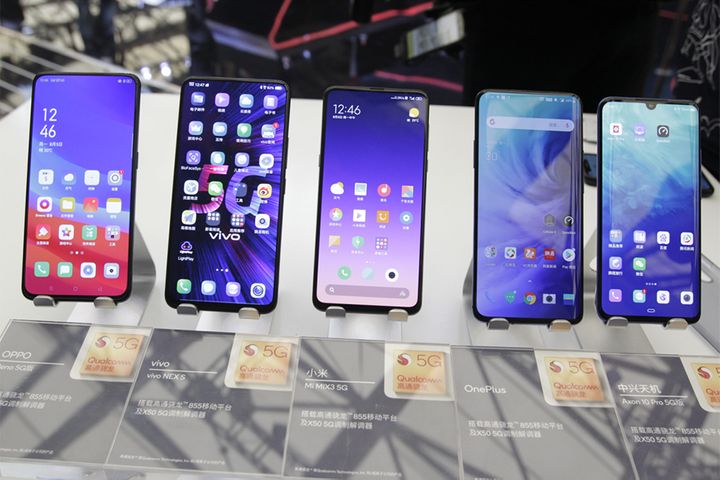 (Yicai Global) Aug. 12 -- Shipments of smartphones in China last month fell 7.5 percent from a year earlier to 34 million units, according to new figures.

China made 72,000 fifth-generation wireless handsets in the month, with smartphones making up 96.4 percent of all those shipped, online news portal Sina Finance reported, citing the China Academy of Information and Communications Technology. Shipments of domestically made phones fell 9.2 percent to 32 million, making up 93.4 percent of the total shipped.

Overall mobile phone shipments dropped 5.5 percent to 220 million units in the January-July period, said the institute, which comes under the Ministry of Industry and Information Technology. That included 211 million fourth-generation devices and 72,000 5G handsets.

China's main telecoms carriers secured national 5G operator licenses at the start of this month. Since then, handset suppliers have unveiled their 5G phones, but sales are sluggish because operators have yet to officially launch 5G services.