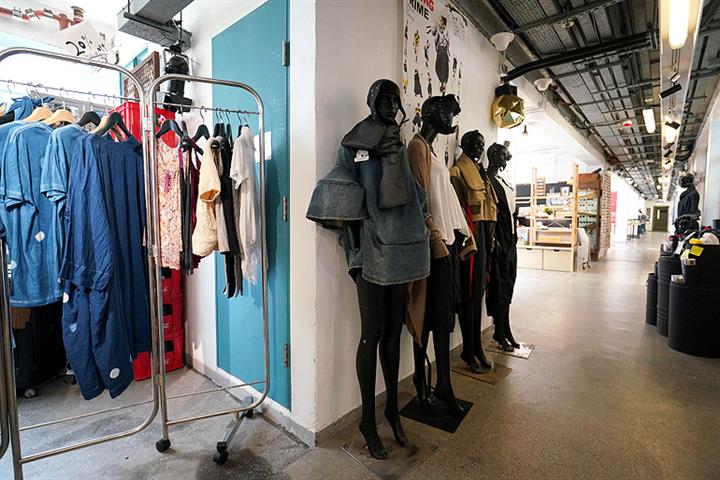 (Yicai Global) May 22 -- Leisure wear has taken the worst drubbing among the Chinese apparel and footwear industry, which has been deeply dented overall by the Covid-19 pandemic, while the sportswear sector has proven the most resilient as people seek to build resistance and seek respite from cabin fever outdoors.

The revenue of four major Chinese sportswear companies Li Ning, ANTA Sports Products, Xtep International Holdings, and 361 Degrees International fell up to 30 percent in the first quarter, according to Yicai Global's statistical analysis of 16 Chinese apparel companies' first-quarter performance. Li Ning logged the smallest drop of between 10 percent and 20 percent. Anta and Xtep notched a 20 percent to 25 percent decline, while 361 Degrees recorded the largest drop at 25 percent to 30 percent.

The demand for athletic activities has grown as Chinese residents’ living standards improve, according to industry analysts. The pandemic is also prompting calls for heightened physical immunity and China has ushered in policies to improve people’s health, which incidentally benefit the fitness sector.

Casual wear brands grew flaccidly before the outbreak and suffered the most during it. Store closures, inventory pressure and labor costs have precipitated a plunge in their revenue and profits.

Other brands like Giordano International, Zhejiang Aokang Shoes and Shanghai La Chapelle Fashion are about to bottom out. Casual footwear company Aokang’s revenue and net profit sagged a respective 40.33 percent and 96.77 percent to CNY439 million and CNY2.55 million in the quarter. La Chapelle's revenue was CNY1.02 billion, down 57.75 percent from last year, with a net loss of CNY342 million. The company received a notice of possible delisting [SHE:603157] from the Shanghai Stock Exchange on April 30 based on a net loss for two straight years.

Brands that cannot keep up with the times will find themselves gradually weeded out as the Chinese apparel market rapidly updates itself, with many international brands barging in and consumer demand becoming more diversified and partitioned, said an analyst who wished to remain anonymous.