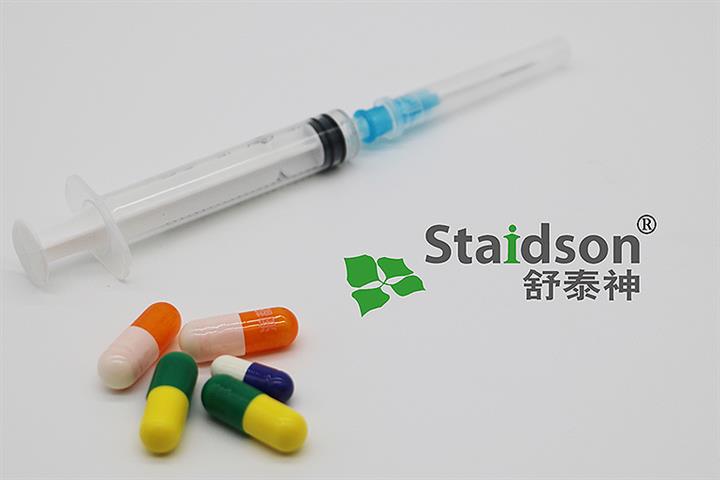 (Yicai Global) Aug. 12 -- Shares of Staidson Beijing Biopharmaceuticals rose after the Chinese drugmaker said it has secured approval to start clinical trials in China of the joint use of two new drugs it developed for the treatment of Covid-19.

The two injections, one developed by Staidson and the other co-developed by it and its US unit Staidson BioPharma, are mainly for the treatment of severe and critically ill patients, the Beijing-based company said in a statement late yesterday.

China’s National Medical Products Administration recently signed off on an approval notice for clinical trials combining the use of STSA-1002 and the co-developed STSA-1005, Staidson said.

The jabs are in the summary stages of their separate Phase I human trials in the United States, with the Phase I clinical trials of STSA-1002 in China still under way, it said. The injections are safe, Staidson noted, citing US results.

The combination is expected to make full use of each drug’s advantages to stop the illness from worsening by limiting the excessive activation of the immune system, while avoiding thrombosis complications, the company said.

The first China-made Covid-19 treatment Azvudine was formally approved for sales last month, while several more developed by other makers are still in clinical trials.