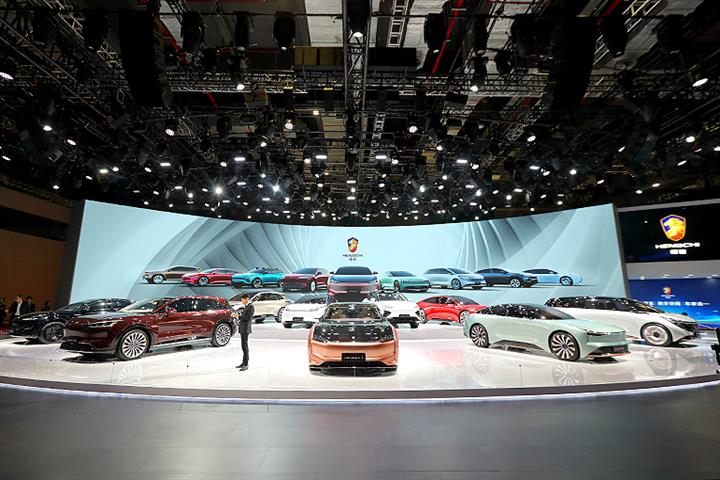 (Yicai Global) Sept. 22 -- Shares in China Strategic Holdings bounced up yesterday after the longterm investor in the China Evergrande Group said that it is preparing to sell its entire stake in the real estate giant's new energy vehicle arm whose stock has crashed 90 percent since the end of June as the carmaker is swept up in the parent firm’s debt crisis.

China Strategic plans to sell all of its 1.37 percent stake in China Evergrande New Energy Vehicle Group at a price no less than 20 percent below the average price over the last five trading days, the firm said yesterday. This would give it a minimum selling price of HKD2.76 (USD0.35) and recoup HKD368.7 million (USD47.4 million).

It is a far cry from the book value of HKD3.9 billion (USD500 million) that the stock was worth less than three months ago, accounting for nearly half of China Strategic’s total assets. Evergrande NEV’s share price [HKG:0708] closed at HKD2.90 (USD0.40) yesterday, down 90 percent from June 30. The value of the Hong Kong-based firm’s holdings has shrivelled to HKD387 million.

In the first half, China Strategic logged losses of HKD196 million (USD25 million), mainly due to the sinking value of its shareholdings in Evergrande NEV as the Shenzhen-based company becomes part of the wider fallout from the financial crisis engulfing China Evergrande.