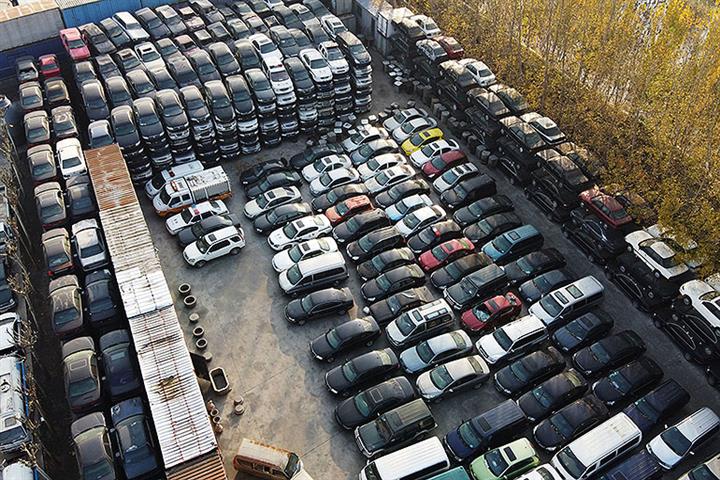 (Yicai Global) June 10 -- The Chinese government has ordered auto manufacturers to make sure 95 percent of every vehicle is recyclable by 2023.

The recyclable rate for key auto components should also reach 5 percent by then, according to a document co-signed by four ministries, including those that oversee industry and technology.

The government wants automakers to work with related companies and research institutions on refining the dismantling and remanufacturing of scrapped cars, rapid identification and sorting of scrapped parts, and the cascading use of power batteries, said the document, which the Ministry of Industry and Information Technology released yesterday.

China recycled just 1.95 million vehicles in 2019, out of a probable 9.1 million that were scrapped that year, according to Ministry of Commerce data. That is considered a major issue, as some discarded vehicles end up in the used auto and black markets, leading to serious environmental pollution and safety hazards.

The government also wants carmakers to set up a recycling network and management system for scrapped cars and parts through independent, commissioned or joint recycling models.