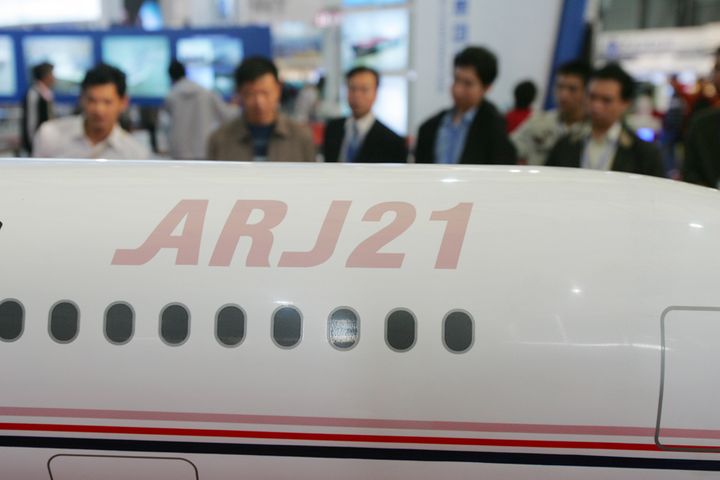 China Eastern has set up a special team to prepare for operations using the aircraft, a source at the Shanghai-based airline told Yicai Global. Its subsidiary China Eastern Business Jet, which provides corporate chartered flights, will also use the plane, the insider added.

Commercial Aircraft Corp. of China developed two versions of the aircraft, one for passengers and one for freight, with ranges between 2,225 kilometers and 3,700 kilometers. The plane is intended for short-haul flights, typically from a central larger metropolis to surrounding smaller cities.

Regional carrier Chengdu Airlines already has 10 of the jets, and several other smaller airlines have some on order.

Air China and China Southern intend to set up new subsidiary airlines specifically to operate the ARJ21 planes. The nation's civil aviation regulator announced in 2016 that it would assume greater control over the formation of new airlines, and offer support to investors looking to set up regional carriers using domestic aircraft.