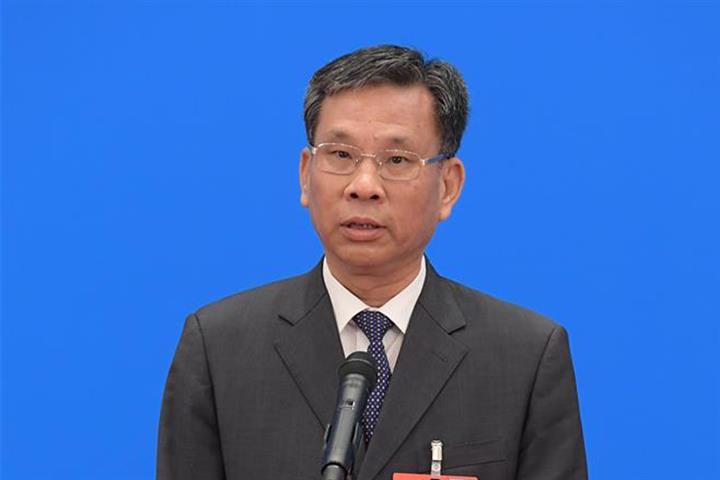 (Yicai Global) May 22 -- China will have an additional CNY4.6 trillion (USD644.5 billion) in fiscal funds available for use this year, the highest amount ever, and fiscal policy will be more proactive, Finance Minister Liu Kun said in a media interview.

Fiscal revenue will drop this year due to the coronavirus epidemic. The government work report released today projected a deficit ratio of more than 3.6 percent, 0.8 percentage point higher than last year.

Besides increasing fiscal spending, the government will step up tax cuts for businesses. Tax and fee reduction will total about CNY2.5 trillion this year, the work report predicted. The State Council, China’s cabinet, also made it clear that income tax payments by small, micro and individually owned businesses will be delayed until next year.

Local governments will face quite a tough fiscal situation with hits from the epidemic and large-scale tax and fee cuts.

Liu estimated that local fiscal revenue will fall by CNY800 billion to CNY900 billion this year. So the central government will adjust the structure of government spending, reducing its expenditure while increasing transfer payments to local authorities to support them in ensuring people’s basic livelihood.