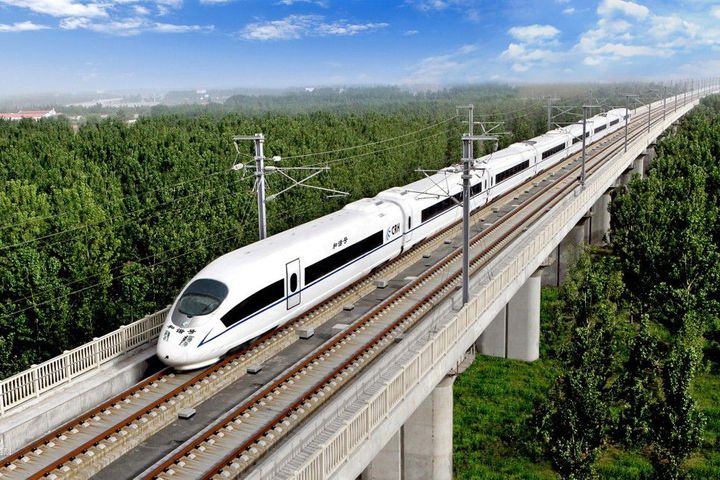 Hiking the speed limit will allow the G1, the fastest train that runs between the two cities, to make the journey in just 4 hours -- 49 minutes less than at present. Traveling between Shanghai and the capital takes around 2.5 hours by air.

China Railway Corporation completed a feasibility study before deciding to up the speed, and is testing tracks and other equipment in cooperation with government departments, the report said. Aside from the G1, other trains running the route will see a 40-to-50 minute decrease in travel time, needing around five hours to make the journey.

The Beijing-Shanghai high-speed rail opened on June 30, 2011 with a designed maximum speed of 380 kilometers per hour. The national railroad regulator held several meetings that year to ensure high-speed train operations were safe, and decided to limit the speed of all such trains from July 1, 2011. The limit was cut from 350 kilometers an hour to 300 -- excluding trains running between Beijing and Tianjin.

On July 23, 2011, shortly after the speed limit reduction came into effect, forty people were killed in a railroad accident. Subsequent investigations suggest that the accident was not a result of high speed, but the Ministry of Railway, the regulator at the time, decided to lower the train speed for those traveling between Beijing and Tianjin on Aug. 16 the same year. Since then, trains nationwide have been capped at 300 kilometers per hour.