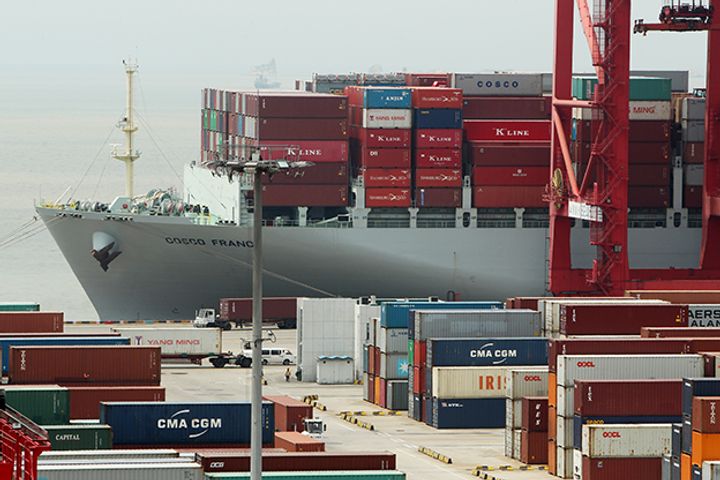 (Yicai Global) Dec. 10 -- China's import and export growth missed forecasts after decelerating in November, according to data from its customs agency.

The growth was significantly weaker than expected, said Lian Ping, chief economist at the Bank of Communications' financial research center. The economic slowdown in developed countries, which had high base figures last year, and the negative impact of trade frictions led to reduced export growth, he continued.

"The trade data in November showed a sharp drop from the previous month, indicating that some of the effects caused by economic and trade frictions are gradually disappearing," added Yang Changyong, an associate researcher at the China Institute of Macroeconomics Research's foreign research arm. China and the United States have stopped increasing the tariffs and the recent increase in Chinese agricultural exports to the US may wind in the growing trade surplus, he said.

Despite the slowing growth, areas with higher added value -- like mechanical and electrical goods -- grew faster, and the rise in exports of clothing, bags, shoes and similar goods slowed.