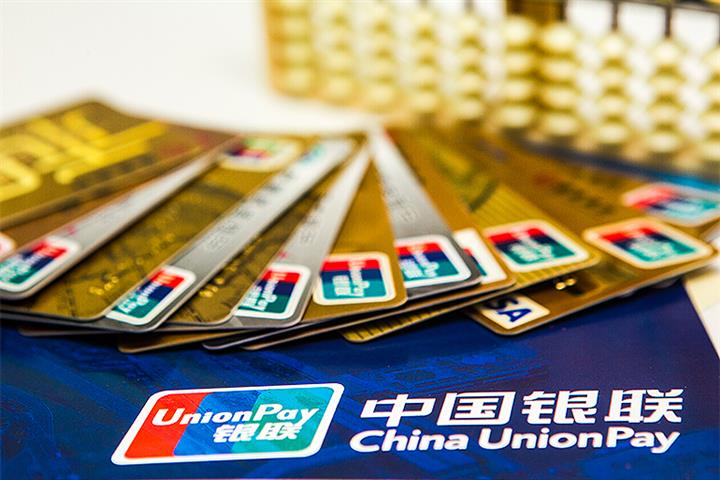 (Yicai Global) May 6 -- China UnionPay, the country’s biggest bank card provider, handled an average of CNY310 billion (USD43.7 billion) in daily transactions during the Labor Day holiday, a big improvement on cashless payments made over the last public break in April, in a sign that consumption is getting back on track.

Almost 8 percent more transactions were made each day over the five-day holiday just ended than during the Qingming tomb sweeping festival and 16 percent more than over the non-holiday weekends last month, according to data released by the Shanghai-based financial services provider today. The total tally reached CNY1.57 trillion (USD221 billion) over the five days, it added.

UnionPay’s QuickPass service, which allows password and signature-free payments for small amounts, had 9.3 percent more activity each day than during Qingming, the company said.

The figures show that the aviation, rail and public transport sectors are recovering, said Chen Han, an analyst at UnionPay. The number of daily rail ticket payments rose 50 percent on Qingming, while those for air and road climbed 14 percent.

Consumption levels for daily necessities in supermarkets and at department stores are getting back to normal and in some cases are even better than in previous years, Chen added, while typical holiday spending patterns are being seen in the hospitality and catering sectors.

Restaurants saw 13 percent more payments, hotels had 1.3 percent more customers and retail sales were up 6 percent on Qingming. Spending in each sector was up more than 10 percent compared with non-holiday weekends in April.

In conjunction with local governments across 27 provinces, UnionPay has also issued almost CNY500 million (USD70.5 million) worth of coupons on its QuickPass service over the past month. These are expected to boost consumption by CNY1.1 billion.