China Will Not Accept Pressure From Other Countries to Carry Out Its Reform, Opening
Xu Wei
DATE:  Mar 26 2018
/ SOURCE:  Yicai 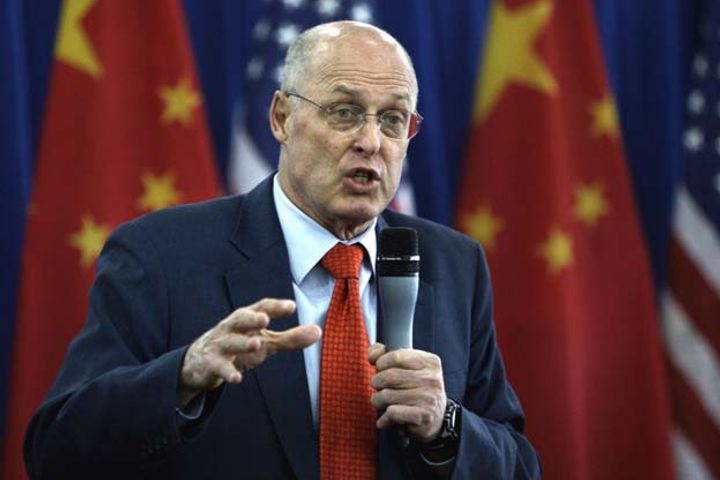 China Will Not Accept Pressure From Other Countries to Carry Out Its Reform, Opening

(Yicai Global) March 26 -- China will not act under the pressure of other countries to continue its reform and opening, China's minister of commerce told Henry Paulson, former U.S. secretary of the Treasury and chairman of the Paulson Foundation.

U.S. counterpart said on its Weixin account on Sunday quoting Zhong Shan, China's minister of commerce when meeting with Henry Paulson, the former US Secretary of the Treasury and Chairman of the Paulson Foundation

It is important to recognize the importance of China-U.S. economic and trade relations as the main thrust of bilateral relations, said Zhong Shan. China and the U.S. can only bring benefit to the peoples of both countries and the world if they continue their economic and trade cooperation, China's ministry of commerce's WeChat official account quoted Zhong as saying.

China will adhere to reform and opening, which will only get deeper and wider, he emphasized. China supports economic globalization and trade liberalization and actively builds a community of common destiny and shared future for humanity.

China's reform and opening up will enter a new era, which will bring more development opportunities for the U.S, and the world. China's opening is independent and cannot be pushed by other countries, China's commerce minister stressed.

Cooperation is the only right choice between China and the U.S. The current level of bilateral trade and investment proves that the dialogue and cooperation between the two countries are effective, Zhong added. China does not want to fight a trade war and there is no winner in such a war. However, China is not afraid of a trade war either, he warned.

The U.S.-China relationship is the most important bilateral relationship in this century, and mutual cooperation can promote global economic growth, Paulson said. If the two sides have problems in the economic and trade field, it will only be more troublesome for them in other areas. The U.S. business community is an important force supporting the development of the U.S.-China relations and does not want a trade war, he added.