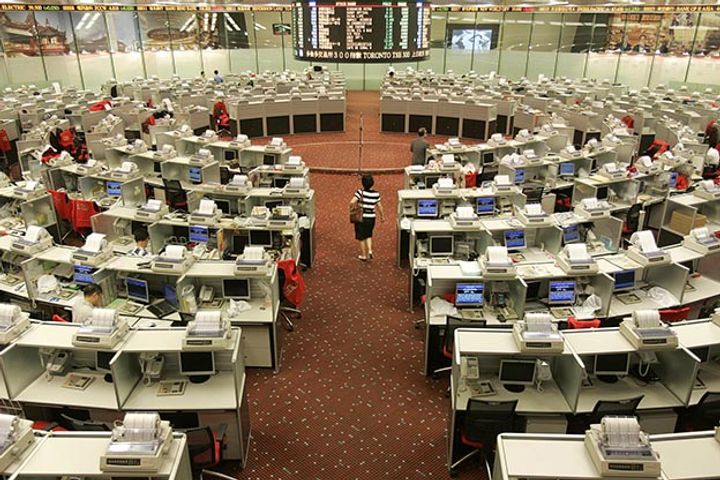 (Yicai Global) Sept. 12 -- Shoppers typically head to Hong Kong to buy gold jewelry and other luxury goods that are unavailable or more expensive on the mainland. However, investors can now grab H-shares in listed Chinese banks at a considerable discount against the Shanghai A-share price.

At close last Friday, after considering the yuan-Hong Kong dollar exchange rate, A-shares in listed banks in the two cities different by as much as 52 percent, with H-shares costing less than half the price of an A-share in the same company.

Some institutional investors seem to have already picked up on the imbalance. In August, tens of billions of yuan headed down south from the Shanghai exchange to Hong Kong.

The difference between the share prices hasn't always been so huge. At the end of last year, the discrepancy between Shanghai and Hong Kong-listed shares at China Merchants Bank, China Construction Bank Corp. [SHA:601939;HKG:0939], Industrial and Commercial Bank of China [SHA:601398;HKG:1398] and Agricultural Bank of China [SHA:601288;HKG:1288] did not exceed 10 percent.

Industrial and Commercial Bank of China, Bank of China Co. [SHA:601988;HKG:3988] and China Citic Bank were among the most traded shares over the first six trading days of the month, to Friday Sept. 8.