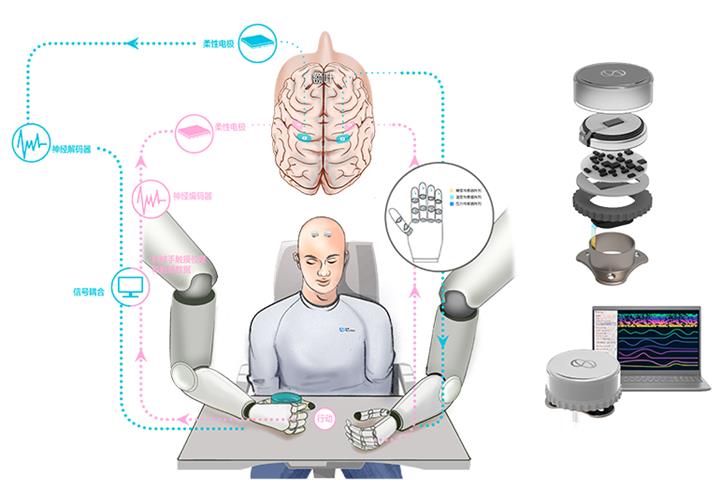 (Yicai Global) Dec. 28 -- Chinese brain-computer interface developer NeuroXess has raised hundreds of millions of Chinese yuan, equivalent to tens of millions of US dollars, in its latest fundraising round led by investment firm Zhongping Capital.

Other participants in the A-round  included early investors Shanda Investment, New Alliance Capital and Sequoia Capital China, the Shanghai-based company said on its WeChat account today. No mention was made of the planned use of the funds.

NeuroXess is the co-developer of China’s first semi-invasive brain-computer interface device that was unveiled at the World Artificial Intelligence Conference held in Shanghai in September.

The device, weighing just 38 grams and measuring only 32 cubic centimeters in size, serves as a direct communication pathway with the brain and can be used to help patients overcome motor or sensory impairments such as Parkinson’s disease, epilepsy and other neurological diseases, Chief Executive Officer and founder Peng Lei said at the event.

The apparatus, which does not require semi-manual preparation like most medical devices, boasts a unique silk protein electrode wrapping technology that can avoid blood vessels when implanted in the cerebral cortex and in this way minimize damage, said Peng.

NeuroXess, which was set up just over a year ago, raised CNY97 million (USD13.9 million) in an angel and pre-Series-A round in January. The company has already started to earn revenue from its self-developed products and its clients include hospitals, universities and research centers.

The firm is applying to patent some of its core technologies. The projects have received ethics approval, have started clinical trials and are expected to get good results.