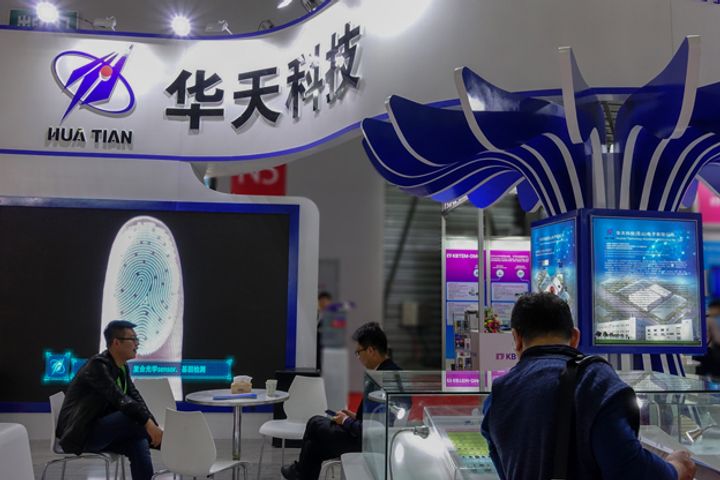 (Yicai Global) July 9 -- Chinese semiconductor packager and tester Huatian Technology is to invest CNY8 billion (USD1.2 billion) in a new industrial base in Nanjing, capital of China's eastern Jiangsu province, as part of efforts to capitalize on expected long-term growth in the country's chip development sector.

Huatian Tech aims to build the facility in three stages with full operation slated for 2028, the Gansu-based firm said in a statement, adding that it will provide services for storage, artificial intelligence and micro-electro-mechanical integrated circuits.

The country set out plans in May to raise up to CNY200 billion to fund the development of the technology and Huatian Tech aims to be at the front of the line for the increased demand for testing and packaging in the long-term.

The company will register and establish a wholly-owned or controlled company in Nanjing's Pukou Economic Development Zone for the project's construction and operation. The zone is an integrated circuit industrial base in Jiangsu Province and home to key firms in the sector like TSMC Nanjing and Ardentec.