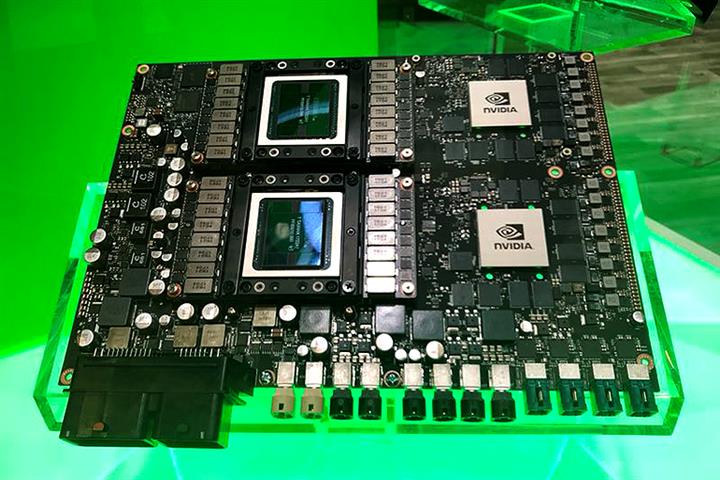 (Yicai Global) Sept. 15 -- China's semiconductor companies are worried that their businesses may take a hit from US chip giant Nvidia's acquisition of Arm Holdings.

"Nvidia will choke the necks of all mobile device chipmakers after acquiring Arm," according to an executive at a leading domestic mobile communications chip company that has worked with the UK-based chip designer for more than 10 years.

Nvidia announced yesterday that it will give USD40 billion to Japan's Softbank Group for Arm, which charges fees for its tech licenses. Arm does not produce chips itself, which is the key to preserving it technological impartiality and winning the trust of partners. This is also why the firm has been able to build a huge global ecosystem with chipmakers, app developers and hardware companies.

The deal is "no good for the global chip industry," the chief executive of a Chinese chipmaker that has bought Arm's services told Yicai Global. "It will deprive Arm of neutrality since many of its customers are Nvidia competitors."

China's semiconductor players fret that once Nvidia restarts its mobile communications chip business, other chipmakers that are clients of Arm will be forced into unfavorable competition.

"This is precisely the field it has wanted to enter, but failed to in the past 10 years," the executive said.

A statement Arm posted on Nvidia's website saying the company will maintain its open licensing model and its customer neutrality after the acquisition and use Nvidia's technology to expand its intellectual property licensing portfolio has not been enough to dispel doubts.

"It's not easy for us to judge what means Nvidia will use to ensure the confidence of Arm clients," the executive said

The deal needs regulatory approval from the United Kingdom, the European Union, the United States and China. Nvidia expects to wrap up the transaction within about 18 months, but major deals in the semiconductor industry have been shot down before out of antitrust considerations.

"I guess they won't approve it this time," the CEO told Yicai Global.