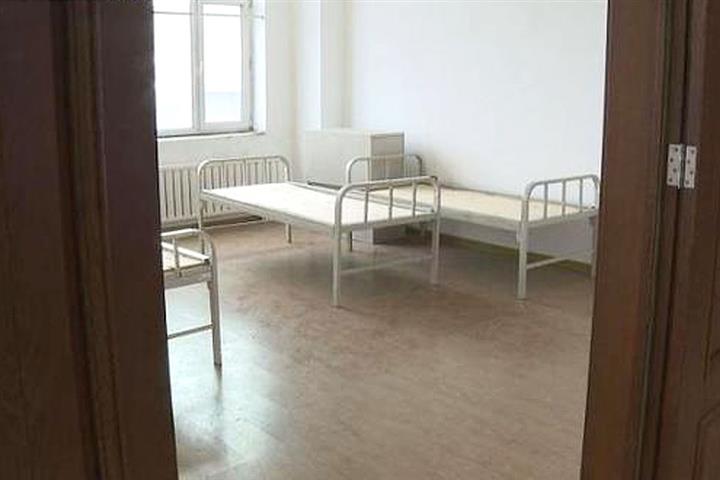 (Yicai Global) April 9 -- The city of Suifenhe, at the China-Russia border in northeast China's Heilongjiang Province, is building a temporary hospital as ever more returning Chinese nationals test positive for Covid-19 at its entry port.

The impromptu treatment facility expected to enter service on April 11 will house over 600 beds, as pressure grows at the China-Russia land border to prevent and control a resurgence of the coronavirus pandemic now on the retreat in the country, China News Service reported.

A reconfigured office building, the hospital's refurbishment started on April 6. It has 13 stories, of which Floors 3 to 11 will receive and treat patients.

About 400 medical staffers are expected to deploy in the hospital in stages, most of whom are doctors from the departments of critical care, respiratory medicine and cardiology at various medical institutions in the nearby regional seat of Mudanjiang. Some of these practitioners have rich clinical experience from aiding the medical work in the virus epicenter of central Hubei province.

To date, 123 Covid-19 cases have entered China via the Moscow-Vladivostok-Suifenhe route. Heilongjiang discovered 40 new confirmed imported cases yesterday, all among Chinese nationals returning from Russia, with 39 people entering at Suifenhe.

Suifenhe yesterday started to adopt closed management for residential areas across the city, with each family allowed to send only one person outside every three days, and has ordered that those entering or leaving a residential compound must have their permit registered, temperature taken, personal health status quick response code scanned and wear a mask.

Located in the province's southeast, Suifenhe is a county-level city with a population under 70,000 that covers 460 square kilometers. Its eastern districts border Russia. The town, which lies 230 kilometers from Vladivostok, the largest port city in Russia's vast Far East region, has a 27 km-long borderline and connects with its gigantic northern neighbor via one railway and two highways.