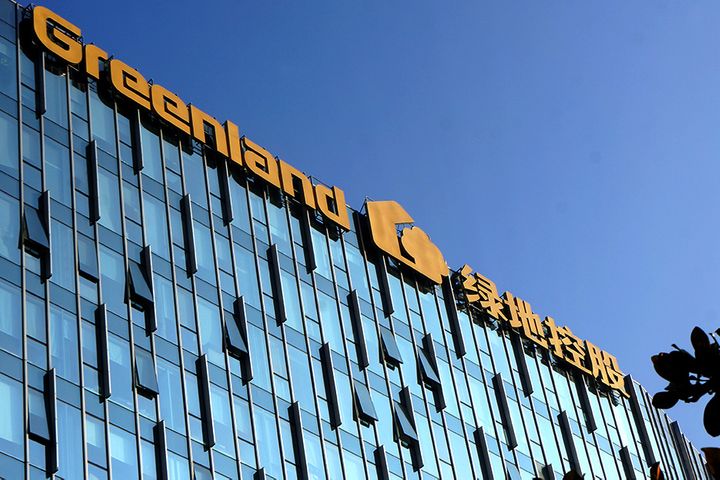 (Yicai Global) Oct. 23 -- Greenland Holdings has set aside CNY50 million (USD7 million) for bonuses to spur staff to achieve the property developer's CNY400 billion (USD56.5 billion) annual sales target. To that end, some employees have even been told to buy a home from the company.

The inducement seeks to boost fourth-quarter sales, Yicai Global has learned. The Shanghai-based firm will grant the funds to each of its affiliated divisions to goad marketing teams into attaining the goal, which was set at the start of the year.

Chairman Zhang Yuliang is eager to counter a decline in the firm's sales and ranking in the sector. Real estate sales, its core business, began to fall each year after topping the nationwide list in 2014. Greenland came in sixth among rivals at the end of last year and slumped to seventh at the end of the third quarter this year, per data from the China Real Estate Information Circle Research Center under Shanghai-based real estate services provider E-House China Holdings.

"Granting these bonuses is aimed mainly at achieving the annual sales target," a company insider said. "Each division will get incentives worth several million yuan, and the means by which the rewards are handed out will be independently determined per each division's situation."

Greenland had sales of CNY244 billion in the January to September period. They fell 32.6 percent to CNY20.2 billion last month from August, the CREICRC's data shows. September is generally peak season for the property sector, so a huge decline is seldom seen at that time. This means fourth-quarter sales need to reach CNY150 billion to reach the full-year target.

Each division will come up with their own ways to stimulate sales. The firm's Shanghai division 1 has opted to pay all employees in its marketing department 80 percent of their original salaries, with the portion withheld to be used as the marketing bonus.

The division in central Hunan province requires all employees, even those still in their three-month probationary period, to buy a Greenland-developed home in the province by the end of this month, though they can enjoy preferential purchase conditions, Yicai Global has also learned.

The firm's general operating performance has nonetheless still been quite good because of its efforts to diversify and deleverage in recent years. Its business revenue was CNY201 billion in the first half, up 28 percent annually, with net profit of CNY9 billion representing an annual almost one-half rise.

US financial service company Standard & Poor's has also just raised its rating on Greenland based on the firm's faster-than-expected deleveraging, stable profit growth and cash flow, as well as low-cost land reserves.