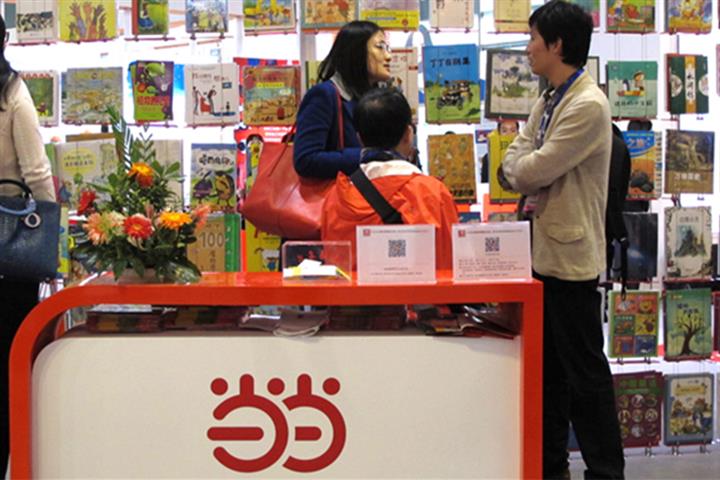 (Yicai Global) April 27 -- The feud between the husband and wife team who set up Dangdang shows no sign of ending as their fight for control of the Chinese e-commerce platform intensifies.

In the latest escalation, Li Guoqing, accompanied by his lawyer, photographer and security guards, stormed the firm’s premises yesterday and took dozens of its company seals in a bid to seize control from his estranged wife.

"I am busy taking over Dangdang and have no time for interviews," Li told Yicai Global yesterday.

Beijing-based Dangdang has reported the affair to the police, the firm told Yicai Global. It has also invalidated the official seal, financial stamp and chop of the accounting department that Li pocketed, it added.

Li and his wife Peggy Yu formed Dangdang in 1999 as one of China’s earliest e-commerce emporiums. It was China's first US-listed business-to-consumer online marketplace. However, the couple’s personal differences have since spilled over into war and are tearing the company to pieces. Once a business legend, last year the firm was reduced to holding less than one percent market share in China’s e-commerce industry, according to third-party institutions.

The couple’s tit-for-tat antics show no sign of abating.

Li has won the support of minority shareholders and obtained more than 51 percent of the voting rights of Dangdang, Li said. The management all supported Yu, said Kan Min, vice president of the company.

On April 24, Li held an interim shareholders’ meeting which passed resolutions to elect five directors, revise the firm’s new articles of association, hold a directors’ meeting and elect him as chairman, Li said in a letter to employees circulated within the firm. Yu will no longer hold any posts in the company, he stated.
Yet, according to business data search platform Tianyancha, Li only holds a 27.51 percent stake while Yu holds a 64.2 percent stake.

While Li has the right to call an interim shareholders’ meeting under Chinese law with his over 10 percent stake, Yu can oppose any resolutions he makes with her more than 60 percent stake, Zhang Lei, a lawyer from Beijing Weiheng Law Firm, told Yicai Global.

Companies spouses set up during their marriage cannot be divided between two persons like ordinary family property when they divorce, Wang Mingling, a lawyer from Beijing Jingshi Law Firm, noted, saying a company involves hundreds of employees and their families, and a divorce among a company's controllers, shareholders and executives can lead to an adjustment of company equity, consolidation of creditors’ rights and debts, diversion of resources, and sometimes even lead to a firm’s dissolution and decline.

It seems that a legal ruling will be required to decide who actually owns the firm. So many questions remain unanswered. How can five people easily take away 47 official seals of a company?
What is the real shareholding ratio of Li, Yu and two of their children in Dangdang? Is the extraordinary general meeting of shareholders held on April 24 legal?

Li embraced Yu in front of the New York Stock Exchange in a group photo in the winter of 2010, a high point for the once ‘model couple.’ When another Chinese firm went public on the NYSE last year, a member of staff told the chief executive’s wife not to take such a photo, "because nothing will end well," she warned.