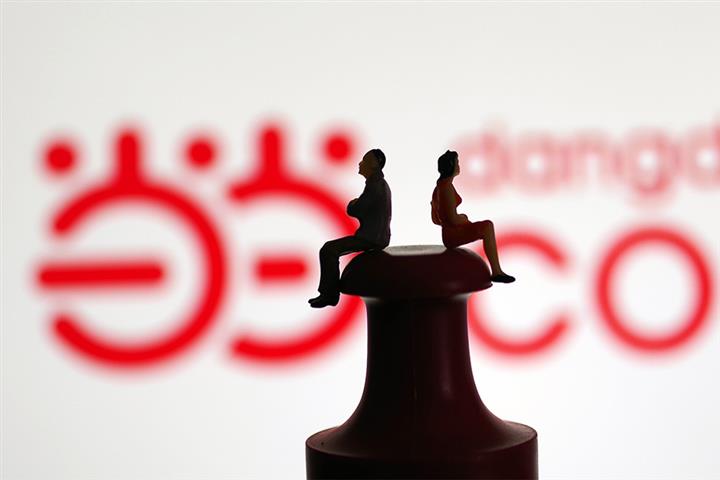 (Yicai Global) April 27 -- The co-founder of Chinese e-commerce platform Dangdang Li Guoqing broke into the firm’s premises and took dozens of its seals yesterday in a bid to seize control of the company from his estranged wife.

The Beijing-based firm voided the seals immediately afterwards, it said in a statement later that same day.

Li, who is nearly 60 years old and his wife Peggy Yu formed business-to-consumer platform Dangdang in 1999 as one of China’s earliest e-commerce emporiums. It sold CNY11.6 billion (USD1.64 billion) worth of goods in 2018 and its operating profit was CNY470 million (USD66.5 million), its financial report shows. Its operating profit is expected to have been CNY610 million last year due to its sound financial condition, and financial management income will contribute another CNY100 million to this. Dangdang has no debt.

The couple started a messy divorce fracas on social media in October. Li was to no longer hold any post within the firm, but was to remain as a major shareholder, he announced in February last year. He then made off with all of the firm’s stamps before Yu paid her customary visit to the company’s premises yesterday.

Li held an interim shareholders’ meeting on April 24 which passed resolutions to elect five directors, revise the firm’s new articles of association, hold a directors’ meeting and elect him as chairman, Li said in a letter to employees circulated within the firm. Yu will no longer hold any posts in the company, he stated.

Dangdang has reported the affair to the police, the firm said in a statement to Yicai Global. It has also invalidated the official seal, financial stamp and chop of the accounting department that Li pocketed.

Yicai Global contacted Li and asked him about Dangdang’s statement and how he believed he took over the firm as a matter of law. “I took control over Dangdang legally. I’m too busy to give any interviews,” Li responded.

Dangdang’s biggest shareholder is Yu, with a 64.2 percent stake, while Li holds 27.51 percent, according to business data search platform Tianyancha.

Li’s over 10 percent share confers the right to call an interim shareholders’ meeting under Chinese corporate law, Zhang Lei, a lawyer from Beijing Weiheng Law Firm, told Yicai Global, but the resolutions Li claims change the firm’s existing executive director scheme, form a board of directors and elect directors will be void if Yu opposes these resolutions with her over 60 percent stake.

Li’s removal of the seals is small beans because the firm can report their loss and apply for new ones, Zhang added, and the firm’s legal representative can continue to sign documents on the company’s behalf.

Yu pulled a no-show at their divorce hearing in November, Li also noted in his letter to employees. She also declined the Beijing court’s proposal for an online proceeding last month, so their case is still pending.

Companies spouses set up during their marriage cannot be divided between two persons like ordinary family property when they divorce, Wang Mingling, a lawyer from Beijing Jingshi Law Firm, noted, saying a company involves hundreds of employees and their families, and a divorce among a company's controllers, shareholders and executives can lead to an adjustment of company equity, consolidation of creditors’ rights and debts, diversion of resources, and sometimes even lead to a firm’s dissolution and decline.

Dangdang is China's first US-listed business-to-consumer online marketplace. The Beijing-based company privatized in 2016 after losing three-quarters of its value, falling to USD6 a share after going public at USD24.50 a pop.