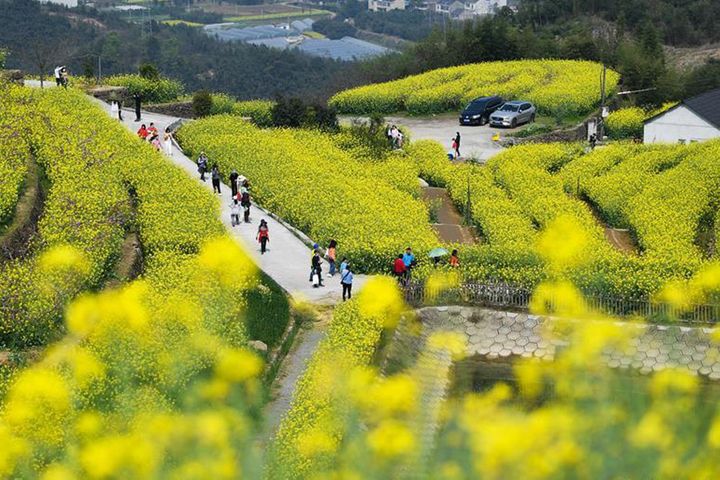 (Yicai Global) March 26 -- A soaring number of Chinese tourists are looking to go somewhere near during early April's three-day tomb-sweeping holiday as worries about the domestic Covid-19 epidemic seem to ease, according to search data.

Bookings for railway and tourist attraction tickets, and most of them to places within the same province, more than doubled in the week ended March 23 from a week earlier, data that Alibaba Group Holding's online travel agency Fliggy released yesterday shows. Meanwhile, hotel bookings jumped by 30 percent from a month ago. The Qingming Festival is celebrated from April 4 to April 6.

Chinese health authorities reported no new Covid-19 cases transmitted in the mainland today while the total number of new cases keeps on declining, which may have prompted consumers to consider traveling after many Chinese New Year plans were canceled due to the outbreak.

People in Shanghai splurged the most on their travel itineraries, followed by residents of Hangzhou, Nanjing, Beijing, Suzhou, and Ningbo. High-end hotel packages, theme parks for families, and nature tours were most popular among travel products. After many tourist attractions were shut from late January, some 3,700 of them have reopened.