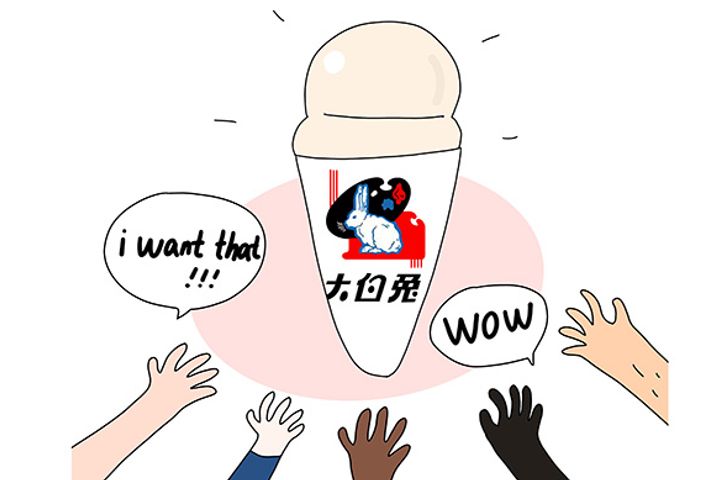 (Yicai Global) March 5 -- A Chinese firm  is looking into possible intellectual property infringement after a US  ice-cream maker sold ice-cream flavored like White Rabbit, a popular candy in China.

Shanghai-based Guanshengyuan confirmed  in a statement that it has not authorized the use of its product in the  ice cream made by Los Angles' Wanderlust Creamery. The ice-cream also  features the same packaging paper as the candy.

GSY has brought in a third-party  trademark agent to investigate whether the ice cream involves IP infringement, state-backed news outlet The Paper reported.

Viral videos online show that ice-cream  based on the candy's flavor is also being sold in Malaysia, while Hong  Kong shop Igloo also sold a similar product last year.

China's online community were more  focused on the fact that the product is unavailable in the country  rather than any IP dispute. They have called on GSY to produce its own  ice-cream products. "Time-honored brands should get with the times and  develop new products because fewer and fewer people eat candy these  days," one netizen said.

GSY has taken their advice on board and  is exploring options with partners for crossover products this year,  which is the 60th anniversary of its White Rabbit brand. The firm will  continue production of White Rabbit-flavored lipstick which was a hit  last year.