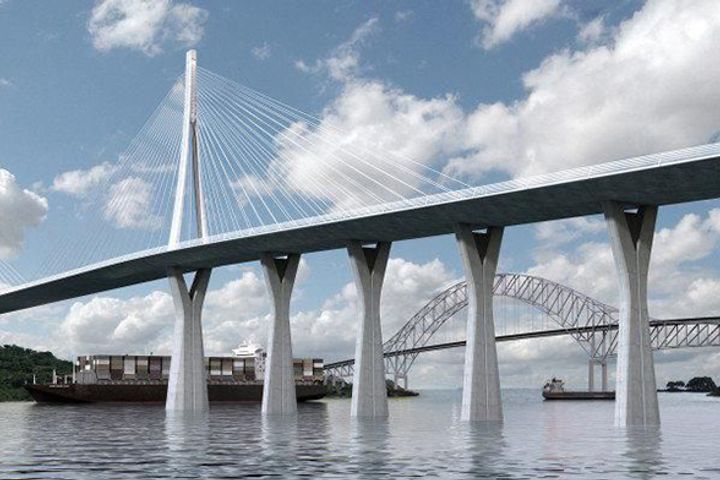 (Yicai Global) July 30 -- A group of two Chinese firms have won the tender to construct a bridge over the Panama Canal, which is the largest single bridge tender awarded to Chinese companies in the Americas.

China Communications Construction and China Harbour Engineering Company won a USD1.4 billion contract to build the fourth bridge over the Panama Canal, state-backed Xinhua News Agency reported. The overpass will ease the transport of goods across the narrow country that connects the Atlantic Ocean with the Pacific Ocean. The project is estimated to start this year and will take three years.

Prior to this, China Communications Construction won the bid to design Panama's third bridge called the Atlantic Bridge in 2011, and the construction is scheduled to be completed this year.

The fourth bridge will host a highway and railway and poses challenging building conditions such as a length of 510 meters at the height of 75 meters.

Panama established diplomatic relations with China in June last year, after which the Central American country moved its embassy from Taiwan to the mainland.