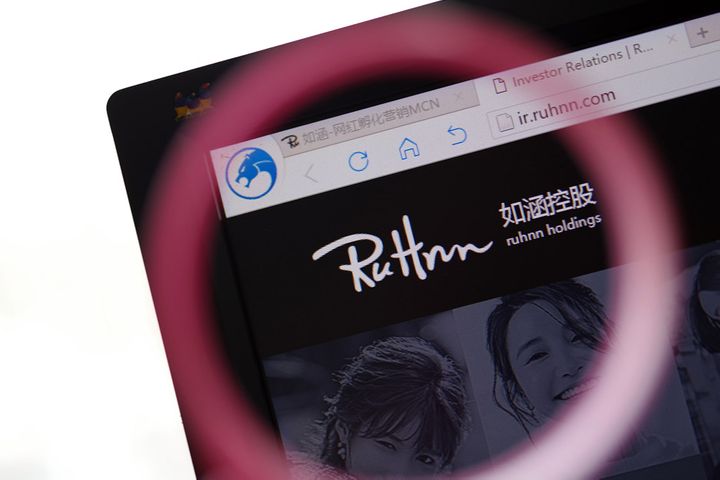 (Yicai Global) April 4 -- Shares of Ruhnn Holding, the first Chinese company to connect internet key opinion leaders with a huge e-commerce network, fell 37.2 percent on their first day of trading in the US.

Ruhnn's stock [NASDAQ:RUHN] slumped to USD7.90 on the Nasdaq Stock Exchange yesterday. The initial public offering was priced at USD12.50 a share, in the middle of the Hangzhou-based company's targeted range, on March 24.

Though it is China's biggest facilitator of internet KOLs by revenue, the company's main income-generating e-commerce business has slowed over the past three years, while its net loss has widened, according to its prospectus.

Internet celebrity-based e-commerce is not easy. Nurturing influencers takes time and money. Ruhnn has a team that selects, trains and provides other services to KOLs. That involves huge investment. In addition, top celebrities are hard to cultivate and will only sign up to lucrative contracts.

Ruhnn had a total of 113 KOLs as of Dec. 31, including three top stars who each generate more than CNY100 million (USD14.9 million) in sales a year, and seven famous celebrities who bring in an annual CNY30 million to CNY100 million.

E-commerce has become a good monetization channel for Ruhnn after connecting influencers and their fans. The company owns and operates many online stores on third-party e-commerce platforms, most of which are set up under the private brands of internet celebrities and generate revenue through online sales.

The celebrity incubator also promotes products sold by other brands or provides advertising services on social networks via its KOLs. It has partnered with 501 brands and 28 third-party online stores to promote their brands and products.

Ruhnn's net loss climbed 120 percent to CNY57.5 million (USD8.56 million) in the nine months ended Dec. 31 from a year earlier mainly due to sales, marketing and fulfillment costs. Sales and marketing outlays rose 41 percent to CNY158 million in the period.

Revenue gained 14 percent to CNY856 million in the first three quarters of fiscal 2019 from an almost 72 percent pace in the same period last year.