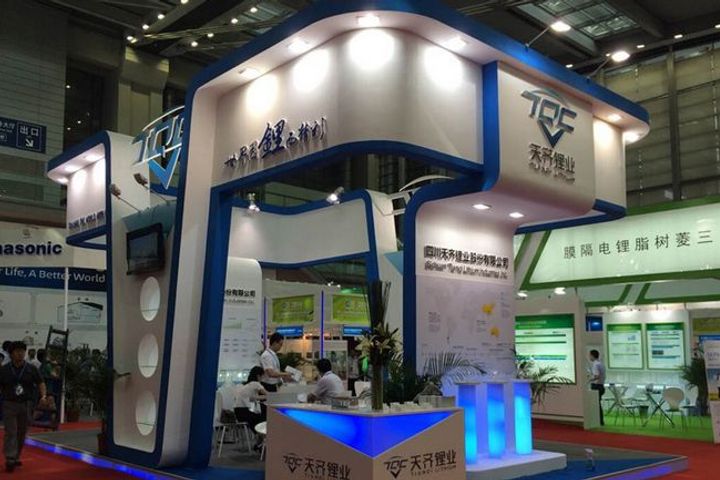 (Yicai Global) Sept. 10 -- China's biggest producer of lithium, a key raw material for the production of new energy vehicle batteries, will start work soon on a major new project capable of producing some 20,000 tons of carbonate per year.

Tianqi Lithium will commence construction shortly on the CNY1.4 billion (USD209 million) project in its home province of Sichuan in the west of the country, the firm said in a statement adding that the facility will start operations in May 2020.

Carbonate from the plant will be used in battery-grade and industrial-grade lithium products and it will take Tianqi just over seven years to receive a return on its investments. The company will use its spodumene mine in western Australia to supply raw material for the project.

Lithium is an in-demand commodity in China due to its role as a raw material for the production of batteries used in new energy vehicles. The country has become a major battleground for the development of NEVs globally over the past few years. Some 605,500 plug-in passenger cars were sold in China in 2017 as the nation captured almost half of the total global NEV market and it grew 30 times faster than the worldwide average, data from industry researcher EV Volumes shows.

Tianqi has actively expanded overseas in recent years with the acquisition of lithium resources in Australia and Chile in recent years. The firm announced plans in May to buy a 23 percent stake in leading global lithium supplier Sociedad Químicay Minera de Chile for USD4 billion. The move was seen as an effort to consolidate the company's position in the production and sales of lithium concentrate and lithium chemical products.