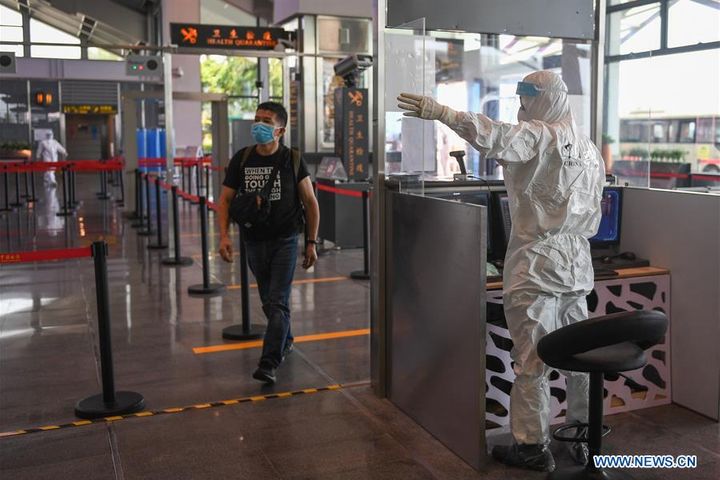 (Yicai Global) April 8 -- The Chinese mainland reported 62 new confirmed cases of the novel coronavirus disease (Covid-19), of which 59 were imported from overseas and three domestically transmitted cases were reported, two in Shandong province and one in Guangdong province,   the National Health Commission said today.

By the end of yesterday, 1,042 imported cases had been reported, according to the commission. Among them, 714 are being treated at hospitals, including 23 in critical condition, and 328 had been discharged upon recovery.

Also yesterday, two deaths including one in Hubei province and one in Shanghai, and 12 new suspected cases, including 11 imported ones and one in Guangdong province, were reported on the mainland, the commission said.

Meanwhile, the mainland reported 137 new asymptomatic Covid-19 cases yesterday and 11 were confirmed of being infected with the virus, according to the commission.

The commission said that 1,095 asymptomatic-infected patients were still under medical observation as of yesterday, including 358 from overseas.

The commission said 112 people were discharged from hospital after recovery yesterday, while the number of severe cases decreased by 22 to 189.

The overall confirmed cases on the mainland had reached 81,802 by the end of yesterday, including 1,190 patients who were still being treated, 77,279 patients who had been discharged after recovery, and 3,333 people who died of the disease.

The commission said that 83 people were still suspected of being infected with the virus.

A total of 236 patients in Hong Kong, 10 in Macau and 61 in Taiwan have been discharged from hospital after recovery.