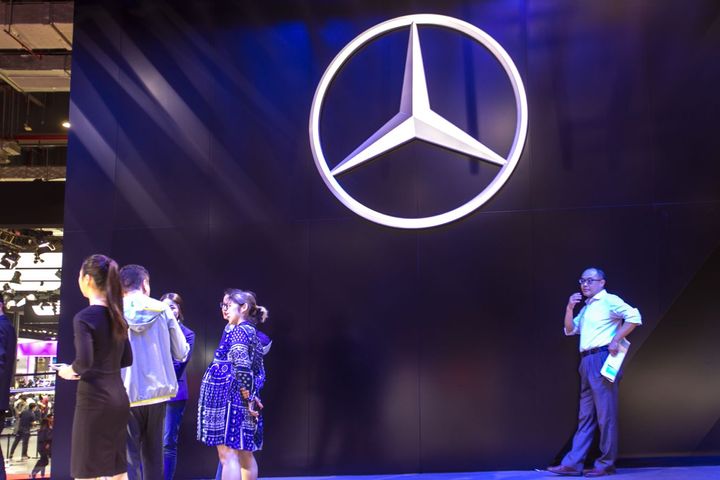 (Yicai Global) May 27 -- A dealership in China that sold a distressed customer a faulty new Mercedes-Benz car has been fined CNY1 million (USD145,000).

Authorities in Xi'an, the capital of Shaanxi province, imposed the penalty on Xi'an Lizhixing Automobile Services because the dealership broke the law when it refused to replace the vehicle, which was leaking oil before the buyer drove it off the lot.

A break on the engine's right side resulted from an installation error, local news outlet CNWest reported, citing regulators at the Xi'an High-tech Industries Development Zone. This was a quality issue, it added, saying the dealer sold a defective car and thereby breached the consumer's rights to a working product.

The case sparked heated discussion across China after the buyer posted a video of herself arguing with staff and in tears at the dealership on April 11. She claimed to have spent CNY660,000 (USD95,690) on the vehicle, but found an oil leak before she left the premises. Lizhixing Automobile refused to refund her or exchange the vehicle, and only offered to swap the engine.

Lizhixing Automobile withheld information and misled the buyer into signing an advanced payment service agreement with a trading firm from which the dealer made a profit, according to the investigation's findings. The watchdog judged that this violated fair trade rules and the consumer's right to know about the agreement.

The viral video prompted Mercedes-Benz China to issue a new after-sales service policy on May 23. Buyers can now request a new car free of charge if a vehicle they bought is found to have quality issues within 60 days of purchase or before it logs 3,000 kilometers. The company also told dealers they cannot charge customers using the Mercedes-Benz Financial Services name.