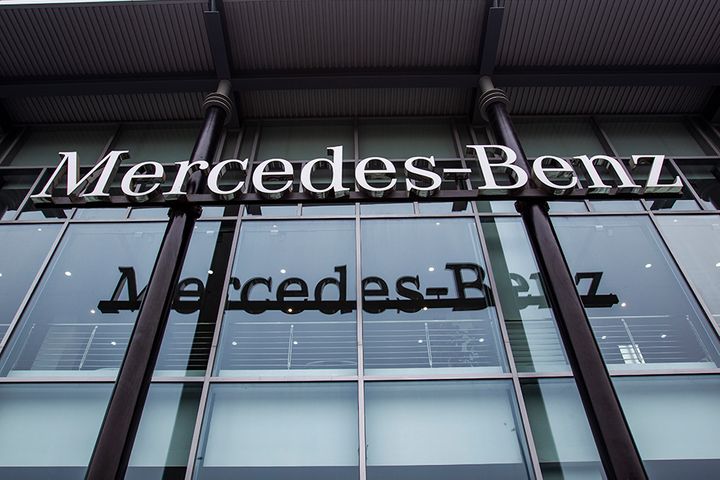 (Yicai Global) April 15 -- Mercedes-Benz is looking into the sale of one of its brand new cars in China, where the German automaker just posted its best ever quarterly sales, after a video showing the distraught buyer in tears was widely circulated online.

The company's Beijing sales service has dispatched an investigation team to the northwestern city of Xi'an after the local buyer posted a video of herself crying in the vehicle last week because oil was leaking before she had driven it out of the dealership, run by Xi'an Lizhixing Automobile Service, which declined to change the car or offer her a refund.

Under Chinese law, if a passenger car's steering or braking systems fail, the body cracks or oil leaks within 60 days of purchase or within the first 3,000 kilometers of use, the buyer is entitled to a replacement or refund at no extra charge.

"I spent CNY660,000 (USD98,200) buying a new car which I cannot even drive for one kilometer, but the store is only willing to change the engine," the buyer said in the video, adding that she is forced to accept that.

The Mercedes-Benz team is trying to work out a solution with the owner. A market supervisor in the city has also kicked off its own inquiry.

The dealership's staff may have failed to inspect the vehicle properly before selling it or hid the truth from the buyer, an industry insider told Yicai Global. Buyers often accept a dealer's solution because they don't know their consumer rights and because of the high cost of legal advise, he added.

Mercedes-Benz and BMW cars ranked among the top three for complaints in the Chinese mainland last year.

Founded in 2012, Xi'an Lizhixing Automobile Service has been involved in several disputes with buyers over the quality of vehicles, according to corporate information platform Qixinbao. One of those includes a case where a staff member defrauded clients over CNY18 million (USD2.7 million) by promising discounts regarding purchases of Mercedes-Benz cars or gasoline vouchers.

In the first quarter of this year, Mercedes-Benz sold 174,343 passenger cars in China, the world's biggest auto market, with sales in March even jumping by 5.9 percent. "We are delighted with the best quarter ever for Mercedes-Benz in China," Xinhua News Agency reported on April 10, quoting Britta Seeger, a member of the board of management at Daimler responsible for Mercedes-Benz cars marketing and sales.