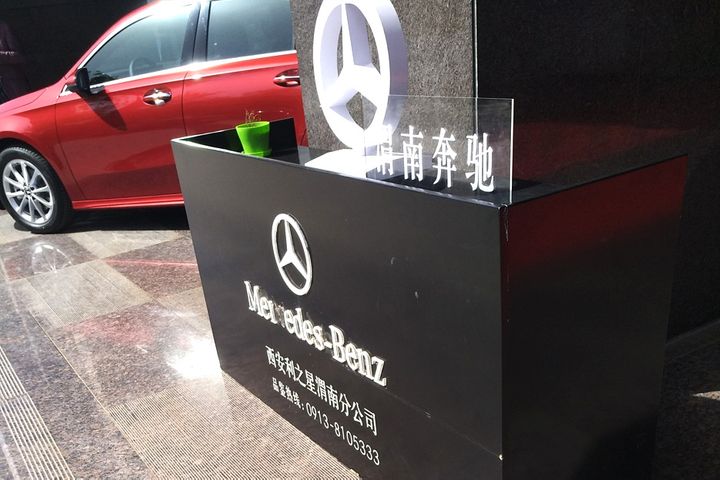 (Yicai Global) Sept. 12 -- Beijing Mercedes-Benz Auto Finance, a Chinese sales arm for the German auto titan, has received a CNY800,000 (USD112,900) penalty after a viral video complaint of a female customer in tears.

The China Banking and Insurance Regulatory Commission issued the latest fine after a five-month investigation, it said online. The charge was for the firm's poor management of outsourced business.

The unit's sales partner Xi'an Lizhixing Automobile has been in the spotlight since April this year, when a disgruntled customer posted a video of herself at a dealership in Xi'an. The clip showed her crying on a car bonnet and complaining of the poor service she received after the dealer sold her a sports-utility vehicle engine with a leaking engine, which the customer spotted before getting the car off the lot.

Salespeople at the showroom also convinced her to take on a CNY15,200 (USD2,150) loan that she did not need, the customer said, prompting the attention of the tax bureau and banking regulator. The CBIRC began investigating whether the dealer was violating financial service regulations in mid-April.

Founded in September 2005, Beijing-based Mercedes-Benz Auto Finance is majority owned by Daimler, whose local arm Daimler China owns the remaining 47.8 percent. It offers 10 services, one of which is car financing.