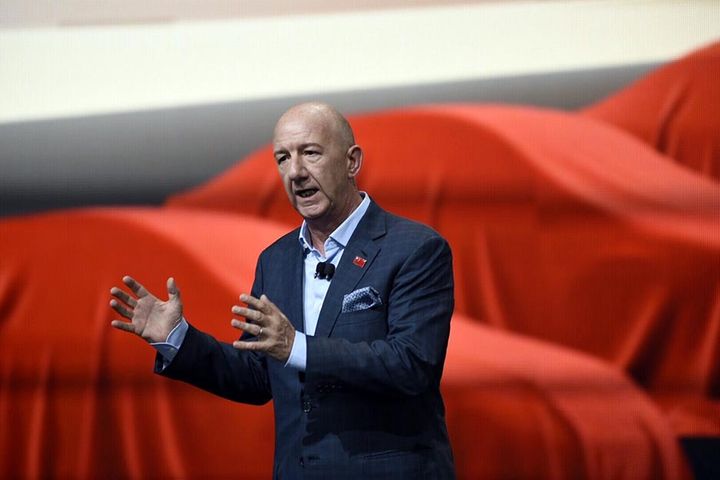 (Yicai Global) April 17 -- The chief of Mercedes-Benz after-sales service in China has taken the buyer's side but it may not be able to use its leverage any further in an incident where the purchaser had to accept that her brand new Mercedes-Benz was defective even before driving out of the car shop.

"If I were this buyer, I wouldn't only demand a change of engine," Nicholas Speeks, president and CEO of Beijing Mercedes-Benz Sales Service, told state-backed The Paper yesterday, apologizing for the now-viral oil-leak incident that left the purchaser without a refund.

"I spent CNY660,000 (USD98,200) buying a new car which I cannot even drive for one kilometer, but the store is only willing to change the engine," the buyer said in a video, adding that she is forced to accept that. The dealership, run by Xi'an Lizhixing Automobile Service, persuaded her to buy the vehicle with a loan from Mercedes-Benz's finance unit, without knowing about the CNY15,000 (USD2,237) 'financial service fee'.

The carmaker's hands are tied though. China's laws on market monopoly don't allow automakers to interfere with the relations between dealers and clients, Speeks said, adding that Mercedes-Benz's 600 dealers are difficult to manage but the firm will try its best to ensure fair terms.

Xi'an's market supervisor has kicked off its own investigation into the case, talking with a forensics team that Beijing Mercedes-Benz Sales Service sent to Xi'an, China Central Television reported yesterday. The China Banking and Insurance Regulatory Commission has ordered its Beijing arm to investigate the fee scheme, state-backed Xinhua News Agency reported on April 15.

Mercedes-Benz Financial Services denied that it collects any financial service charges from the dealer nor the client and pledged dealerships to obey the rules, according to a statement from the Stuttgart-headquartered carmaker.

Mercedes-Benz has from 3.6 million to 3.7 million clients in China, and the Xi'an incident is an isolated one, Speeks said, adding that all Mercedes-Benz dealers and manufacturers in China must learn a lesson from the case.