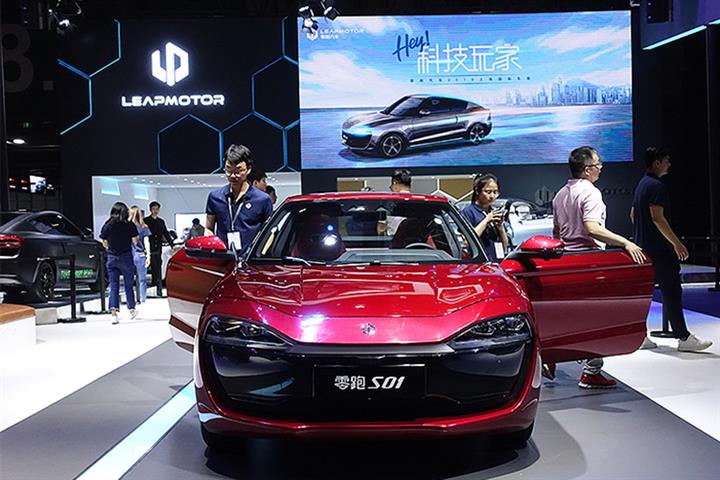 (Yicai Global) Sept. 20 -- Zhejiang Leapmotor Technology’s initial public offering got underway in Hong Kong today as the Chinese electric car startup sets its sights on a windfall of as much as HKD8.1 billion (USD1 billion).

Leapmotor will issue over 130.8 million shares from today until Sept. 23 priced at between HKD48 (USD6.12) and HKD62 apiece, the Hangzhou-based company said in a filing to Hong Kong Exchanges and Clearing today. This would see it raise between HKD6.3 billion (USD802.7 million) and HKD8.1 billion.

Leapmotor will use 40 percent of the proceeds to develop new vehicle models as well as technologies related to autonomous driving, batteries and electric control systems, it said in the IPO prospectus. Twenty-five percent will go towards hiking capacity, another 25 percent will be spent on expanding new businesses as well as raising brand awareness and the rest will supplement working capital.

Leapmotor delivered 64,040 autos from January to July to rank fourth among Chinese auto startups. In the first quarter, the company's losses widened more than two-and-a-half times from a year earlier to CNY1 billion (USD142.6 million) while revenue surged over seven-fold to CNY2 billion.

Leapmotor, which was set up in 2015, produces mid-to-high range NEVs priced between CNY150,000 (USD21,400) and CNY300,000. It has three models on the market and one that has started presales. The firm aims to unveil another eight autos, including three sedans, four sports utility vehicles and one multi-purpose car, in the next three years, according to the prospectus.