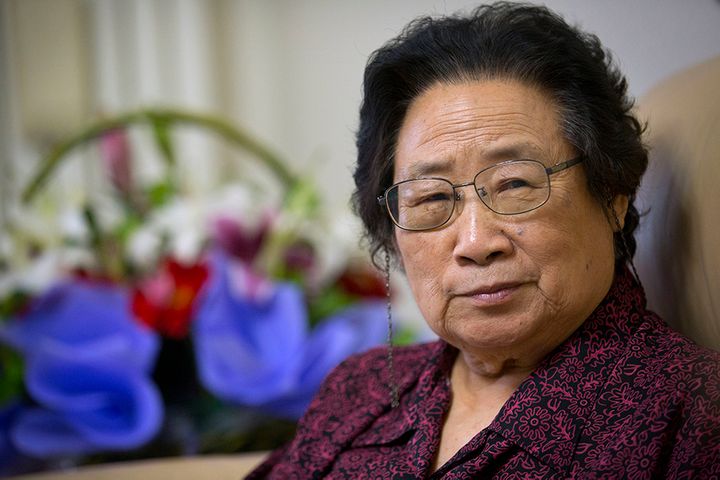 (Yicai Global) Oct. 23 -- Chinese pharmaceutical chemist Tu Youyou has been inducted into the roll of award winners of the latest UNESCO-Equatorial Guinea International Prize for Research in the Life Sciences announced by the United Nations Educational, Scientific and Cultural Organization, in yet another major global prize Tu has received after winning the Nobel Prize in Physiology or Medicine in 2015, becoming the first Chinese woman to ever win the award.

UNESCO, headquartered in Paris, France, made public the list consisting of the three award-winners for the fifth prize yesterday. These are Tu, Cato T. Laurencin from the US and Kevin McGuigan from Ireland.

Prof. Tu is recognized for her research into parasitic diseases. She discovered an entirely new anti-malaria treatment, artemisinin -- derived from the sweet wormwood plant -- which enabled the treatment of thousands of patients in China in the 1980s. Since the turn of the century, the World Health Organization has been recommending artemisinin-based combination therapies as the first-line treatment for the mosquito-borne malaise.

These combination treatments have saved 6.2 million lives, reducing associated mortality in Africa by 66 percent, and by 71 percent among children under five years of age, according to the statement on UNESCO's official site.

The UNESCO-Equatorial Guinea prize, which was set up in 2015, aims to reward outstanding individuals or institutions that have led to an improvement in the quality of human life through research into the life sciences. Sponsored by the Republic of Equatorial Guinea, this honor has three winners every year, with a overall grant of USD350, 000, which is equally shared by awardees.

Profs. Laurencin and McGuigan, the other two inductees, were distinguished for their respective contributions to regenerative engineering and solar water disinfection technology. The pair and Tu will attend the award ceremony at the main administrative center of the African Union in the Ethiopian capital of Addis Ababa in February.