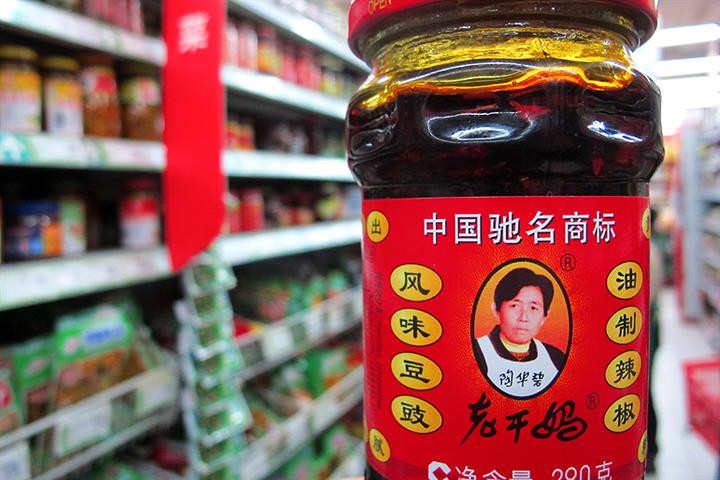 Three people have been detained in Shuanglong district on suspicion of committing a crime, according to bulletin by police in southwestern Guizhou province. The case remains under investigation.

They are accused of posing as Laoganma’s marketing managers and signing a contract worth tens of millions of Chinese yuan with Tencent to promote the condiment maker’s products. The deal would have gifted the trio game package codes that could be sold online for profit, it added.

Unaware of any irregularities, Shenzhen-based Tencent fulfilled its side of the bargain, but Laoganma never paid up and so Tencent took it to court. The court froze CNY16.2 million (USD2.3 million) of Laoganma’s assets on June 29.

While the truth has yet to be established, Laoganma founder Tao Huabi has always abided by the principles of no advertising and not going public to raise money. That rule was abandoned when Tao handed control to her son, Li Miaoxing.

In September 2018 a designer hoodie featuring a portrait of Tao made its way down the catwalk at New York Fashion Week. The only way to own the prized article of clothing was to buy 99 bottles of Laoganma sauces, worth CNY1,288 (USD182), through the internet.

Tao, who never went to school, is not short of money. She ranked 473th on the Hurun China Rich List in 2016 with a fortune of CNY7.5 billion (USD1 billion).