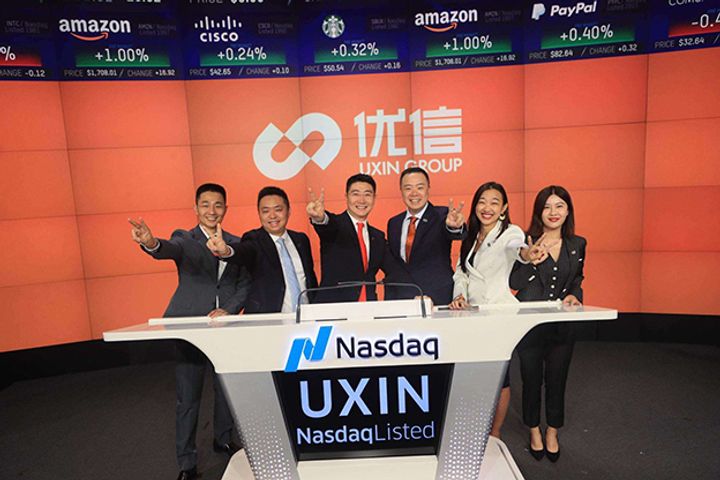 The ADRs -- dollar-denominated equities of foreign companies that can be bought and sold on a US exchange -- were priced at USD9 each, below the low end of an expected range. The remaining USD175 million came from the private placement of convertible bonds.

Dai Kun, founder, president and chief executive of Uxin, presented himself at the Nasdaq Stock Market in Times Square, New York, and rang the opening bell at 9.30 a.m. local time, making the Beijing-based firm the first Chinese used car platform to list on the US capital market.

Uxin submitted its initial public offering prospectus to the US Securities and Exchange Commission on May 30. It intended to issue 38 million ADSs in the US with a maximum funding of USD500 million, at a price range between USD10.5 and USD12.5 a share, but then shrank that.

The new funds will mainly be used to hone Uxin's service capabilities, scale up its research and development, and fuel continued efforts to build an integrated online and offline second-hand car trading platform, its prospectus shows. Uxin is present in more than 200 cities across China.

The company's revenue stood at CNY1.95 billion (USD295 million) last year, up one and a half times over the year before. It was CNY650 million in the first quarter, an annual increase of 93 percent, while the company's net loss was CNY840 million, as against CNY511 million for the same period last year.