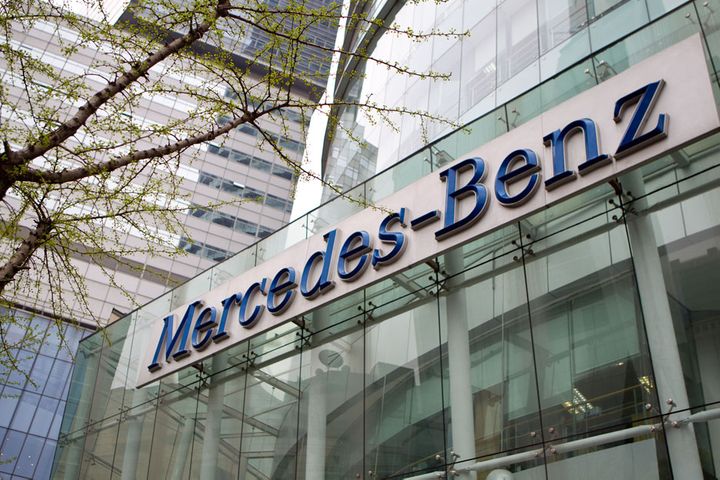 (Yicai Global) April 16 -- A regulator in China has voiced concern over a 'financial services fee' collected from a Mercedes-Benz car owner and ordered its Beijing office to look into whether the German carmaker's auto finance unit has been illegally collecting such fees through dealers, according to state news agency Xinhua.

The China Banking and Insurance Regulatory Commission will take all necessary measures in accordance with the law following the investigation to effectively protect the legitimate rights and interests of consumers, Xinhua reported yesterday, citing the watchdog.

A video clip of a Mercedes-Benz owner in the northwest city of Xi'an crying about her experience went viral on Chinese social media last week. The woman found that her new vehicle had an oil leak even before she drove it out of the dealership. The authorized dealer offered to replace the engine, but flatly rejected her request for a refund or replacement.

Under Chinese law, if a passenger car's steering or braking systems fail, the body cracks or oil leaks within 60 days of purchase or within the first 3,000 kilometers of use, the buyer is entitled to a replacement or refund at no extra charge. Mercedes-Benz's Beijing sales office has dispatched a team to Xi'an to investigate the issue and work out a solution.

The same buyer later triggered a heated online debate after revealing the dealership had charged her a 'financial services fee.' The dealer persuaded her to buy the vehicle with a loan from Mercedes-Benz's finance unit, even though she could afford to pay outright. She knew nothing about the CNY15,200 (USD2,265) fee until she made down payment.

She transferred the fee to a staff member's personal account through WeChat Pay since credit card payment was not allowed. The dealership did not provide an invoice, just a receipt.

The website of Mercedes-Benz's China unit says it provides car owners with two kinds of financial service solutions, and neither of them charges a 'service fee.'

Auto finance is a service provided by automakers to promote sales. Charging some service fees is normal for authorized dealerships if consumers entrust them with the car finance. However, unreasonable conditions should not be attached and dealers are not allowed to charge fees without informing the consumer or without their consent, according to analysts.