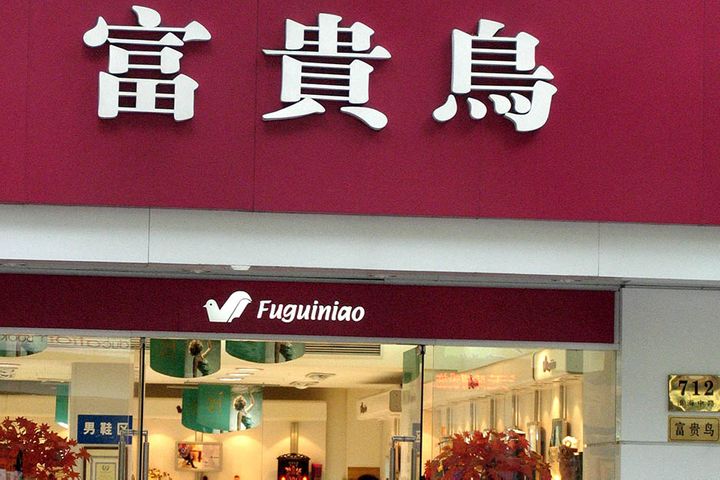 (Yicai Global) Oct. 18 -- Fuguiniao, a once-popular Chinese shoe brand, has finished its heavily discounted second auction with no bidders. Whether a third time follows is unclear.

At CNY227 million (USD32 million), the suggested opening bid was 20 percent lower than in the previous online auction, according to data from Alibaba Group Holding's auction platform. A total of 135 people set up a reminder for the event and nearly 7,300 people viewed it but no one placed any bids.

State-backed news outlet The Paper had called the contact number on the platform after the auction closed but received no reply.

The Fujian province-based firm went through its first unsuccessful auction with more than 6,000 viewers a bit more than a week ago. Except for the price, other financial details of the second try were nearly similar including CNY121 million in accounts receivable and CNY52.7 million (USD74.4 million) in inventory.

Fuguiniao presented a carrot for the potential buyer. The municipal government of the firm's hometown Shishi would give the new owner a 35 percent tax rebate for the next three years and provide some of the facilities and machinery for free, according to the second auction announcement.

Founded in 1995, Fuguiniao's performance has been waning for long. The company was forced to delist from the Hong Kong Stock Exchange in August after the Quanzhou City Intermediate People's Court declared the company bankrupt. The firm suspended its share trading at HKD3.88 (US 50 cents) already in Sept. 2016.

In the first half of 2017, Fuguiniao's net loss was CNY10.9 million, after suffering from declining gains over the preceding few years.