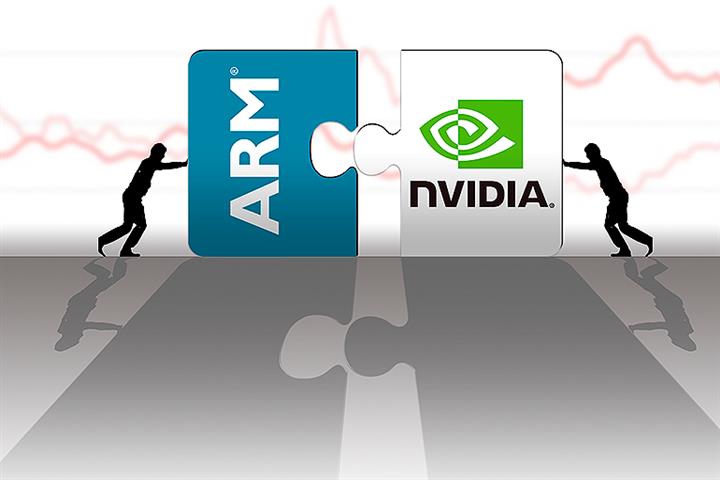 (Yicai Global) Sept. 14 -- Chip designer Arm Holdings plans to resolve the leadership dispute at its Chinese joint venture before being sold to Nvidia for USD40 billion.

The global chipmaker, owned by Japan's SoftBank Group, has been fighting a boardroom battle with the JV since it and Hopu Investment Management, the main shareholders in Arm Technology China, decided to remove Allen Wu as the unit's chairman and chief executive.

In a statement on June 10, Arm said an investigation had found that Wu violated company rules, hindered the firm's growth, and jeopardized stakeholder interests. His departure was in the firm's best interests, it added. Wu resisted and is still there.

Arm China also said it had procedures to convene meetings, and those held against these standards were illegal, and their conclusions unsupported, adding that it neither held a board meeting in compliance with the procedures nor produced effective legal documents leading to personnel changes.

The two sides are poised to reach a compromise under which Arm may drop potential charges against Wu for dereliction of duty, per the Paper's report, citing an insider. He is likely to step down within the month, it said.

US chip giant Nvidia announced yesterday that it has agreed to buy Arm, whose chip architecture features in 95 percent of the world's smartphones and over 95 percent of system-level chips in China, in what is the global semiconductor industry's biggest deal to date.

The deal involves USD21.5 billion in Nvidia stock and USD12 billion in cash, of which USD2 billion is to be paid as an advance deposit when the agreement is penned. Regulatory approval in the US, European Union and China is necessary before the transaction can go through.

Nvidia CEO Jensen Huang is confident of getting the nod from Chinese regulators for the deal, he said, noting Nvidia "is likely" to sell its own Arm-branded server central processing unit chips.