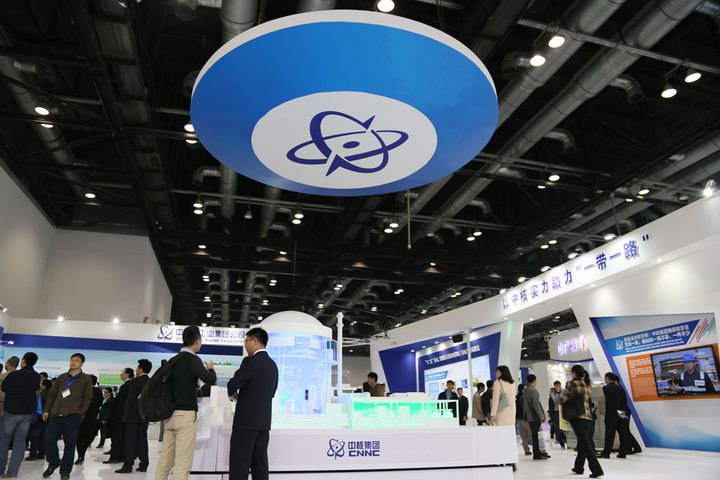 (Yicai Global) Aug. 28 -- Leading nuclear power developer China National Nuclear Corp. and the Saudi Geological Survey have signed an agreement to increase cooperation on the development of uranium and thorium resources at an event in Jeddah, Saudi Arabia.

The deal is part of the Belt and Road Initiative and helps to promote the global utilization of nuclear power, the State-owned Assets Supervision and Administration Commission of the State Council said online.

The two parties will carry out second stage work on resource exploration ahead of schedule based on strong achievements made during the primary stage, and will look to meet the demand for radioactive resources outlined in Saudi Arabia's nuclear power plan, the terms of the agreement said.

CNNC completed the first phase of a field geological survey in nine areas of Saudi Arabia in two months, after the signing of the first deal between the two parties in March this year. This developed and delineated a number of resource targets and provided good prospects for Saudi Arabia.

Saudi Arabia relies mainly on oil and gas to generate electricity, exerting pressure on oil and gas resources. It has developed a nuclear power development plan and has been seeking partners worldwide to help build an advanced nuclear industry system.

The Chinese power firm will work closely with Saudi Geological Survey to complete the project and the development of radioactive resources and provide comprehensive support for the peaceful use of nuclear energy in the country.