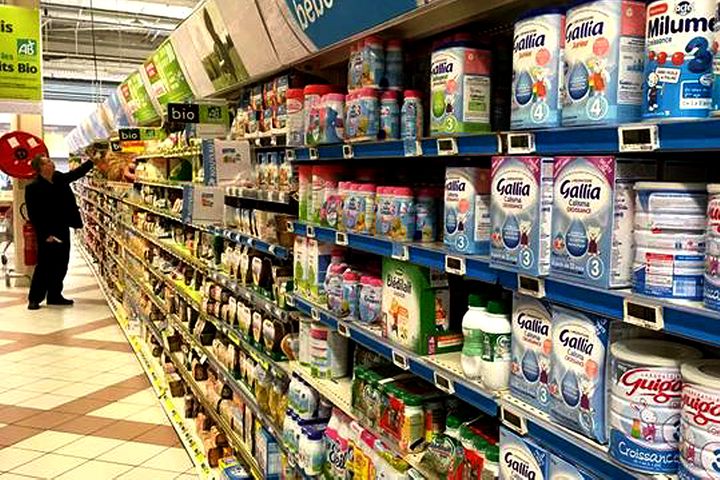 (Yicai Global) April 1 -- The coronavirus outbreak has had little impact on milk powder production by European companies, Yicai Global has learned, as Chinese consumers begin to fret about a shortage of infant formula imports. Of more concern are the Chinese firms that are largely dependent on imported milk powder additives.

Production of the daily necessity in the Netherlands, France, and Denmark has not been affected by the pandemic, Danone, Royal FrieslandCampina, H&H Group, Ausnutria Dairy, and Mille Food told Yicai Global.

Yuan Bo, a Zhejiang province-based businessman doing a dairy trade in Italy, also confirmed that the Italian dairy factory with which he does business has not stopped production and will deliver two shipments today and on April 4.

China imported 345,500 tons of infant formula last year, almost 72 percent of which came from Europe, according to customs data, which does not include a large number of unaccountable imports made through personal purchases.

Besides smooth factory output, shipping and China-Europe train services are also operating near normal, but air transport, the main route in the past, has shrunk due to the sharp decline in international flights, Zhou Shihao, the founder of the one-stop international logistics online service platform YunQuNa, told Yicai Global. Due to fewer flights, air freight prices have increased two to three times, he added.

In response, dairy companies have been boosting their inventory. Royal FrieslandCampina's Chinese unit has increased its safety stock from about 30 days at the beginning of the outbreak to over 100 days, Yicai Global found out. H&H Group has upgraded its current infant formula milk inventory to maintain four months of supply in order to respond to emergencies, Chief Executive An Yuting said.

Independent dairy analyst Song Liang said that the normal safety inventory of general milk powder companies is 30 to 40 days. Though they are constantly upgrading their emergency stock levels, due to sufficient production capacity, there is no need to worry about infant milk powder supply in China.

Several Chinese companies have temporarily boosted their inventory of milk powder additives brought in from overseas, and some have even stored enough for half a year's use, despite there being little concern about milk powder supply, the companies told Yicai Global.